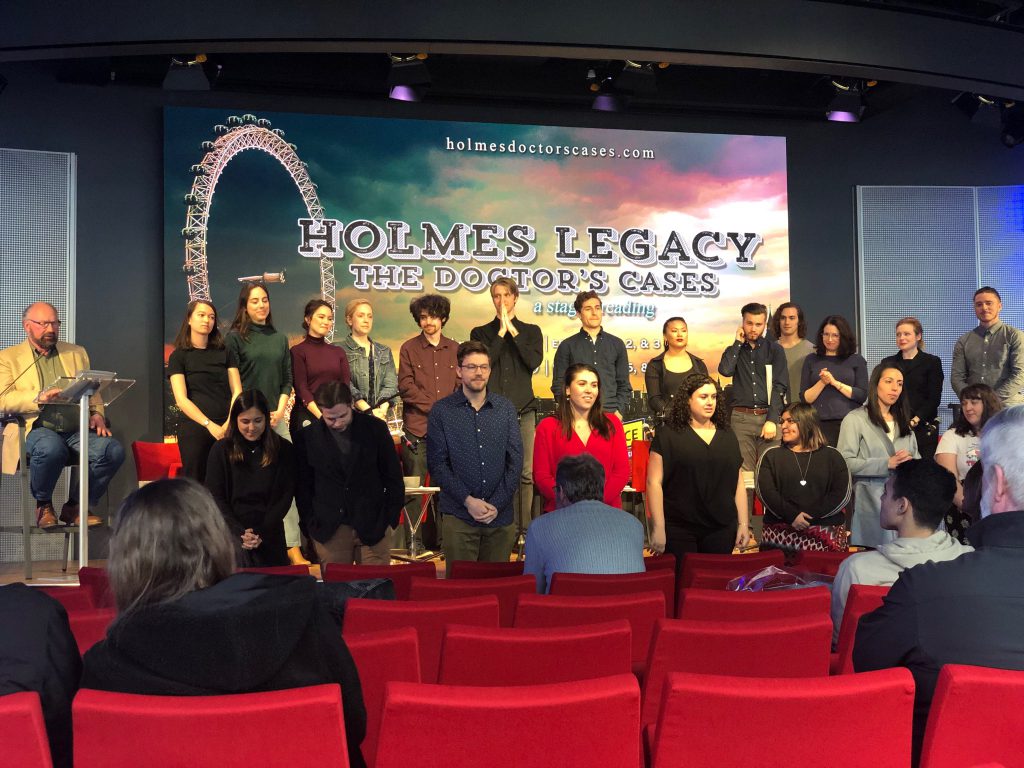 In one of my courses this spring, eight classmates and I collaborated to write the first season of an original TV series. Holmes Legacy is based on Stephen King’s short story “The Doctor’s Case” and Arthur Conan Doyle’s famous Sherlock Holmes characters. It follows an older John Watson as he uses memories of Sherlock to stop a new Moriarty. The course presented a unique and fun opportunity to overcome challenges related to an entire season of a show, rather than those associated with a single script.

The photo above was taken after a staged reading by professional actors at Boston’s WBUR CitySpace at the Lavine Broadcast Center. I’m in blue on the right (and happier than I look :).

PDFs of our scripts will be available at holmesdoctorscases.com. I also managed the Holmes Legacy Twitter page. 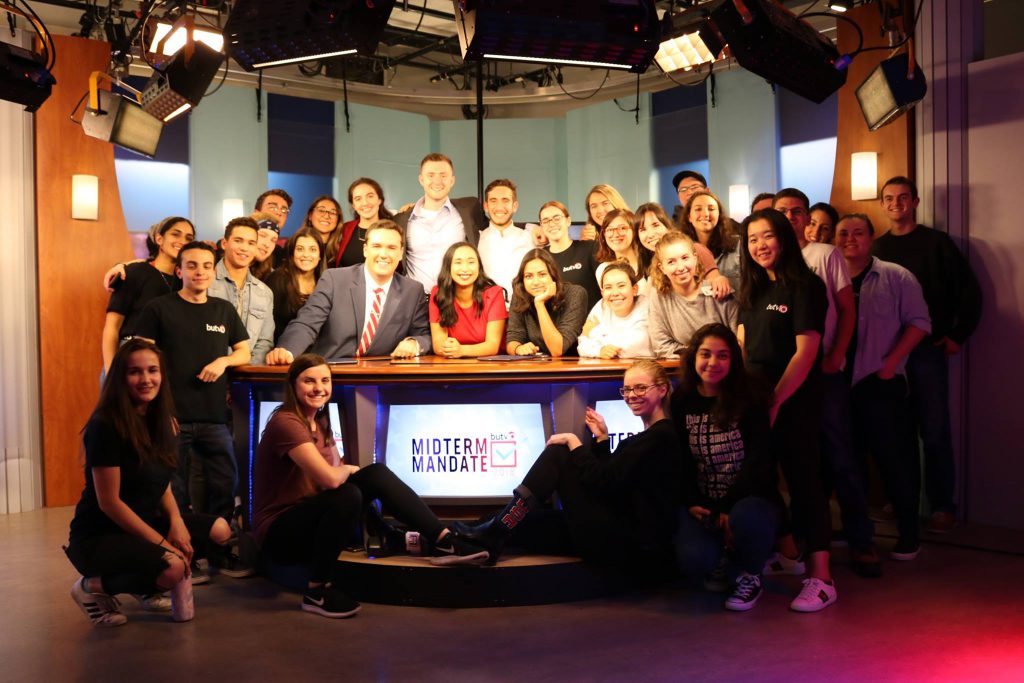 Midterm Mandate aired on Boston University’s student-managed and produced network, BUTV10, on Election Night 2018. The two-hour live broadcast consisted of election results, commentary, and field reporting from students stationed around the country. As a writer for the show, I spent the weeks before the election learning about candidates and ballot initiatives in order to quickly write clear and accurate stories for our anchors during the broadcast.

Midterm Mandate won the 2019 New England College Emmy for College/University Newscast. You can watch it here.

A classmate and I produced this video for our Production I class. The focus of the assignment was to incorporate sound recording and editing techniques into a short film together with visual storytelling principles we’d learned earlier in the semester.