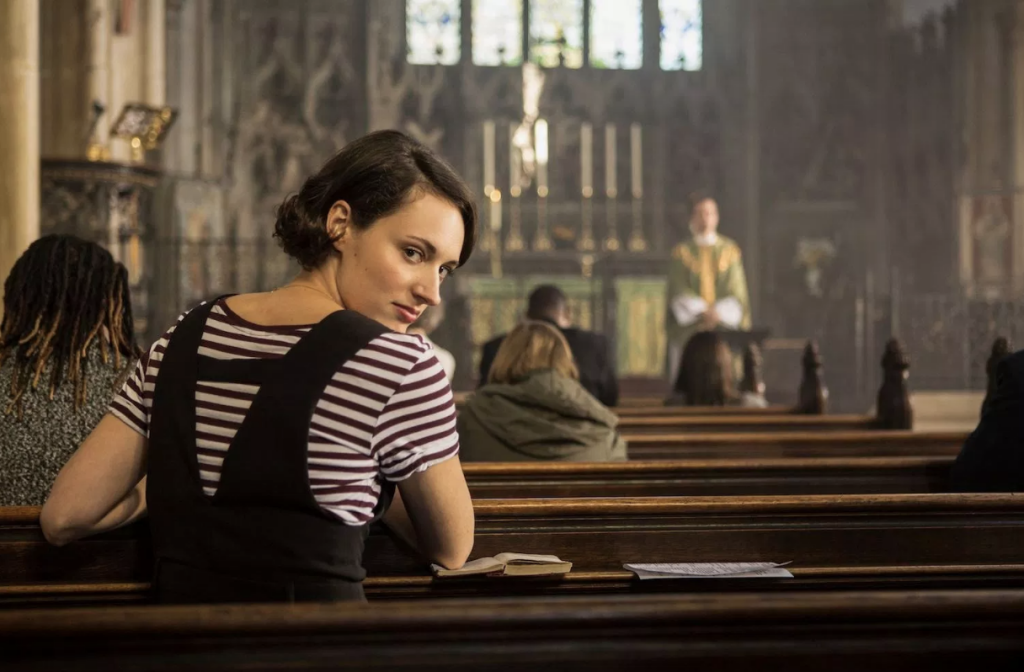 I have a lengthy ‘Shows to Watch’ Google doc, sorted by priority, that I created this spring when trying to keep them all in my head was giving me anxiety (no, it doesn’t take much). And Phoebe Waller-Bridge’s comedy series actually wasn’t on it at all – my roommate and I had watched the first couple episodes one evening and not been compelled to continue. But when Season 2 came out last month, I started seeing tweets like these:

Okay, I finally watched FLEABAG, it was fine I guess but I have an issue, minor spoilers – at the end, how do I watch anything else or make anything else or live my life or breathe or feel or care or walk or fly did I fly am I here is it me do I live though this now what how but

#Fleabag2 is like someone carved a window into my soul, rooted around in it, saw where I was broken, and wrote a recipe that could either fix me or fuck me up forever. Brilliant.

and decided to try again, since each season consists of only six 25-minute episodes.

I’m glad these tweets encouraged me to continue because I still didn’t love Season 1. It begins after Fleabag, played by Waller-Bridge, has messed up in a big way and lost her best friend. Fleabag’s mother has also died recently. We watch Fleabag grieve in the present and learn what lead to the loss of friend Boo in flashbacks to the past.

Her grief feels raw and real, but Fleabag does nothing to address her heartbreak in the first six episodes; she just lets it take her over. So while I found the show believable, it also felt predictable. I didn’t wonder what would happen next because Fleabag never really fought for anything (healthy or not).

Season 2 opens a little over a year later. Fleabag has begun taking better care of herself but has yet to repair her strained relationship with sister Claire. Lucky for them, their dad has proposed to their highly obnoxious godmother (played by Olivia Colman of this wonderful Best Actress acceptance speech) and brought the family together for a celebratory engagement dinner. He’s also, weirdly, invited the priest who will marry them.

In hindsight, the first episode perfectly sets up the remainder of the season, but what I noticed at the time were the funniest moments of the series. Olivia Colman’s facial expressions had me laughing out loud out of nowhere (Amazon describes its original series as ‘sucker-punch funny’). But I ended up really loving this show for a different reason.

Throughout the series, Fleabag breaks the fourth wall, usually to deliver a joke. In Season 1 I thought of it simply as a device to add humor, but it’s more than that.

In the second episode of Season 2, a more proactive Fleabag attends the therapy session her father gave her as a birthday gift. When the therapist asks her new patient if she has any friends, Fleabag turns to us with a wink. ‘They’re always there,’ she says, and laughs. When the therapist asks Fleabag why she’s laughing, Fleabag shuts down and asks to exchange the session voucher for cash.

At this point I understood that Fleabag uses these asides to the camera as a way to pretend she’s living a different life. One where people care about her and think she’s worth paying attention to. All the time – even though she’s made mistakes, even though she doesn’t know what to do.

Which brings us back to the priest, who, as their relationship grows, tells Fleabag he’s always there. The priest sees her so well that he notices when she dissociates and asks her about it. He even looks curiously into the camera at one point, in a wildly uncomfortable moment for us and Fleabag. The priest ultimately recommits to God in the season finale, but Fleabag gets a different kind of happy ending when he ends things: the realization that she’s ready to try something new. She waves goodbye to us as she walks away from the bench where they’d been talking, presumably ready to deepen her real-life relationships instead of relying on her ‘audience.’

In keeping with the theme of ‘most honest and relatable portrayals of anxiety I’ve seen on television,’ Claire (left, played by Sian Clifford). 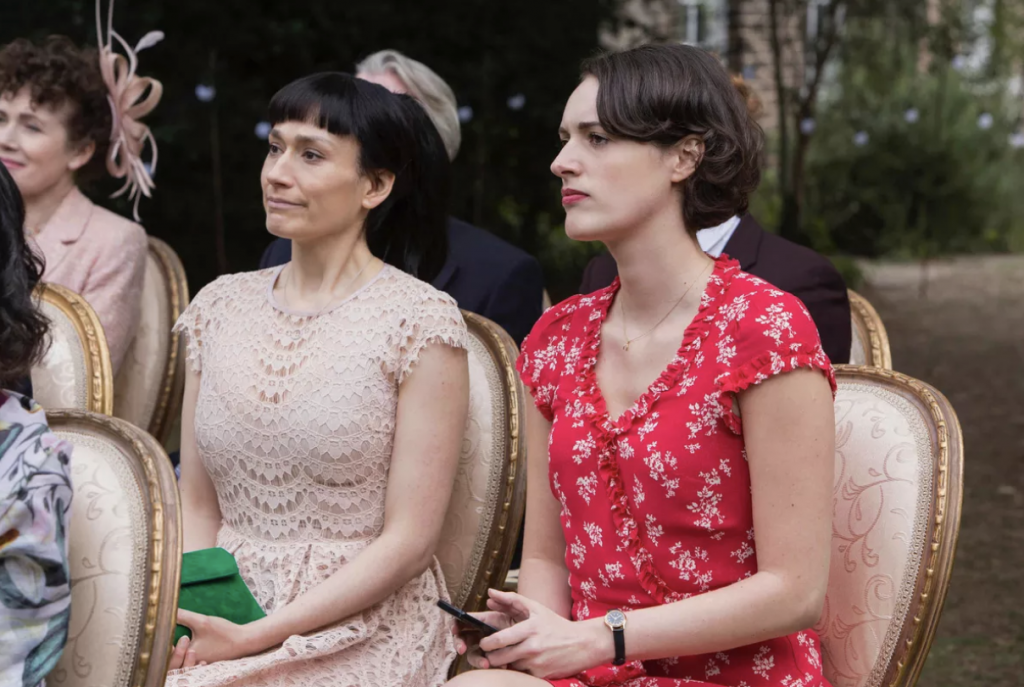 Like Fleabag, Claire tries hard to shield herself from discomfort until the second half of Season 2. But instead of doing the obviously wrong things – having sex with strangers, embarrassing herself/others in public, etc. – Claire takes half measures and makes excuses. She accepts a big promotion at work but commutes to Finland instead of leaving her alcoholic husband behind. She convinces herself she needs to help raise Martin’s creepy stepson. She consistently does the responsible thing that keeps her life small.

If the most mind-blowing scene in the series for me was watching Fleabag grow smaller as she leaves us in the finale, the most triumphant one occurs when Claire decides to leave Martin. In the kitchen before her father’s wedding, Martin appeals to Claire honestly and even at times sympathetically (he’s not a very likable character in general). He ends his speech by telling Claire he’ll leave her when she gets down on her knees and begs. With almost no hesitation, Claire lowers herself to kneel in front of Martin and orders him to “Please. Leave me.” She even kind of rolls her eyes, and it’s just the best.

We don’t know whether Claire will live a carefree life from here on out, or if Fleabag will resist the temptation to perform hers instead of living it. But we do find that there’s something else out there, something greater than what’s come before. And that might be better than knowing the whole story anyway.