I have a lot of work to do right now, so I thought I’d hop on here and update you about my life. Last weekend some friends and I hung out in New York since one of them had to be there for work Saturday.

We went to the Whitney on Saturday afternoon and saw the Andy Warhol exhibition that’s there through mid-March. I enjoyed it more than the random wanderings I took through the Met when I lived in New York – the Whitney has 50,000 square feet of gallery space to the Met’s 2 million (!), so it felt less overwhelming. There’s also terrace space outside of the upper floors with views of the skyline. 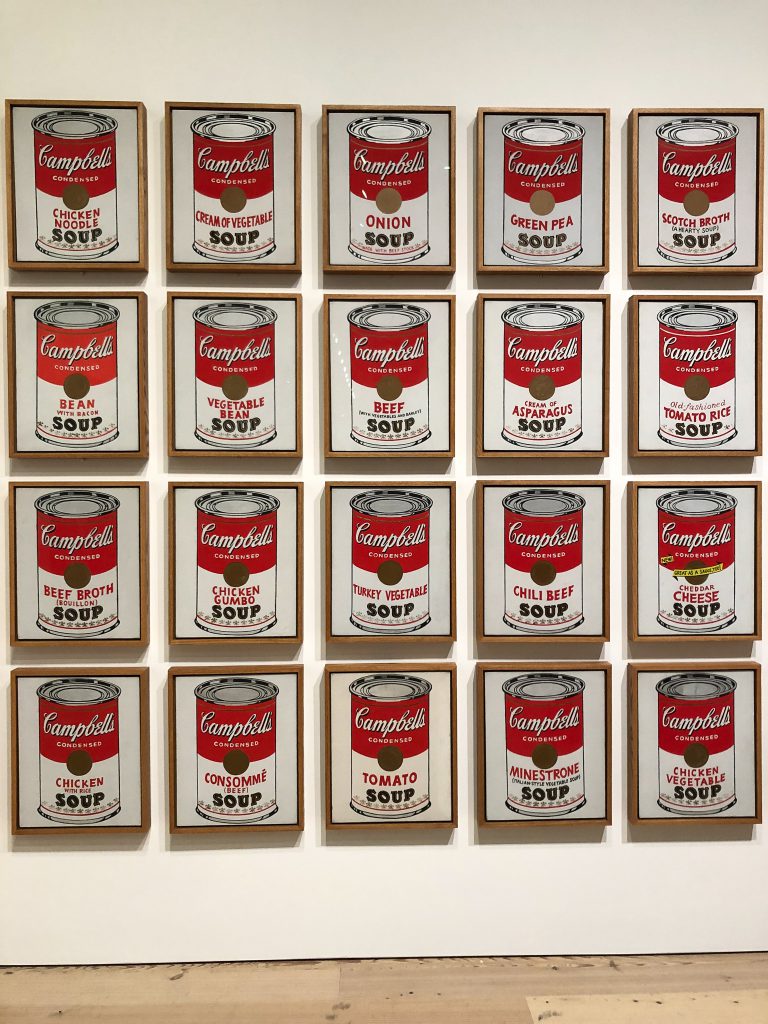 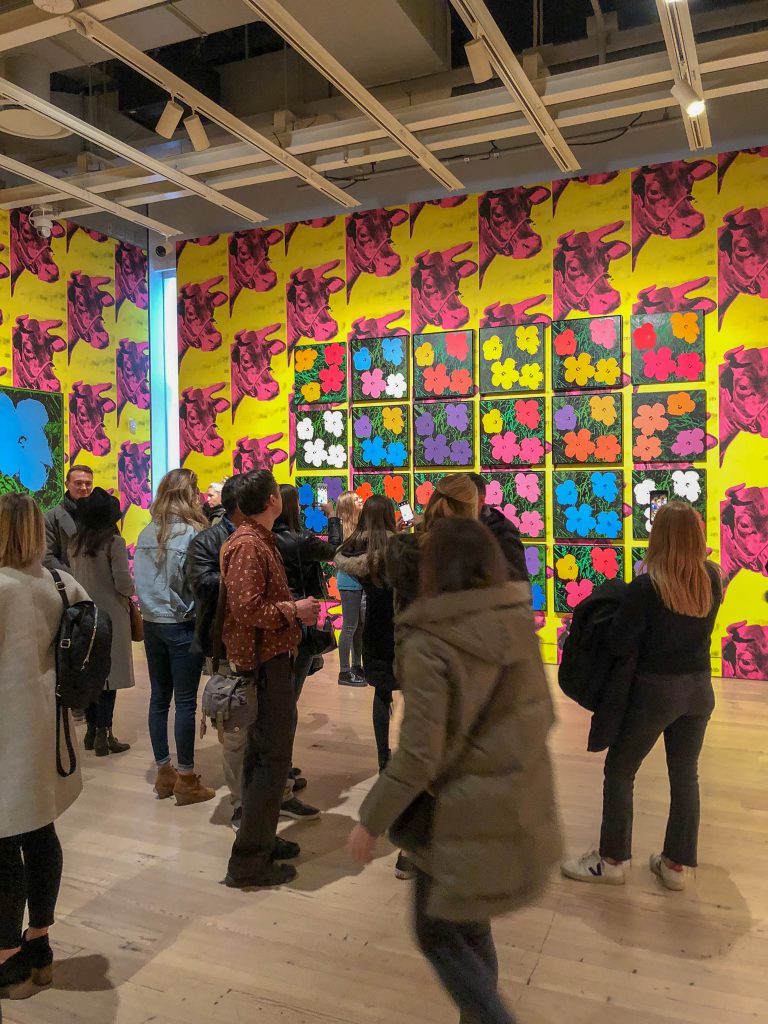 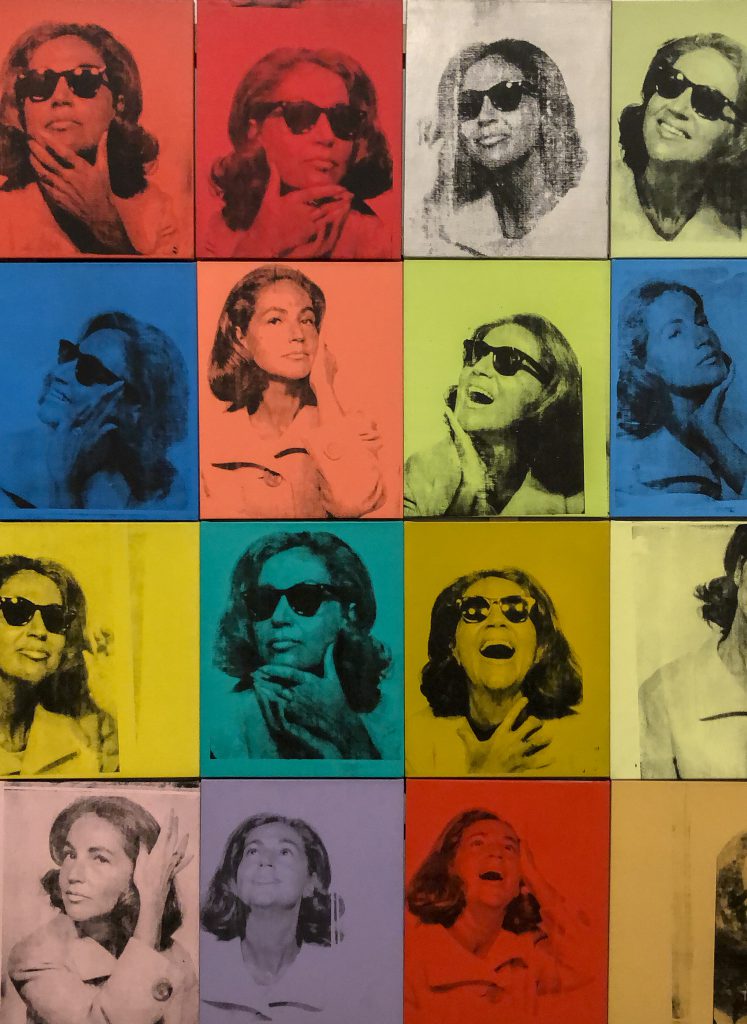 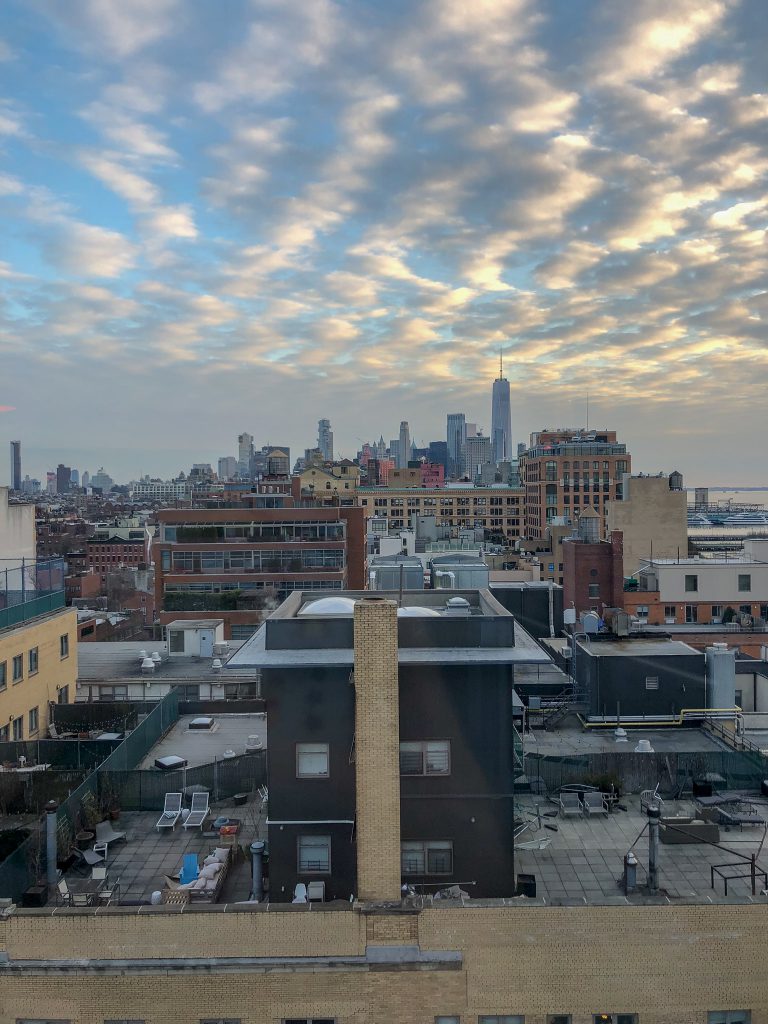 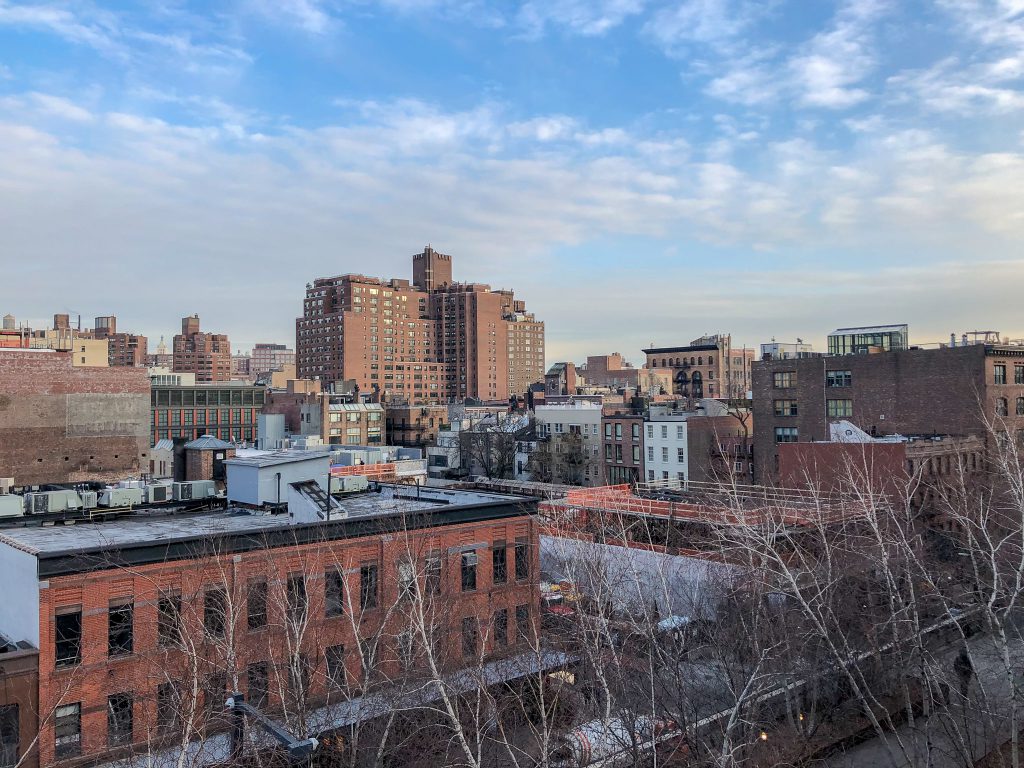 We ate dinner later at Ferns, a great spot for cocktails in the East Village, then headed over to a bar/music venue called Le Poisson Rouge. As a recluse and terrible dancer I began steeling myself for a long night ahead upon learning the band was called Party Rock, but they played lots of fun covers (think more The Killers than Bruno Mars) and it ended up being a lot of fun. 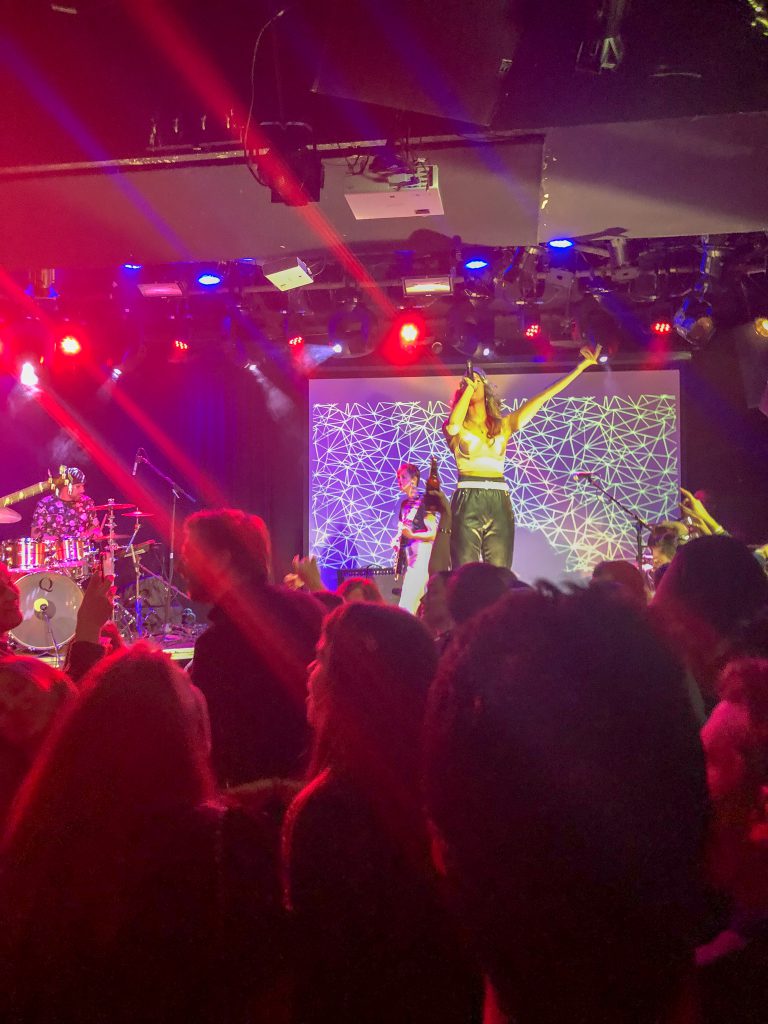 Thoughts on New York pizza? After LPR we picked up a couple pies from Joe’s, which many New Yorkers consider the best place to grab a slice. Don’t get me wrong, I ate three between 2:00 and 11:00 am, but the classic thin crust, reheated slice is just not my favorite. I’ll only go out of my way for the square pieces from Prince Street Pizza. 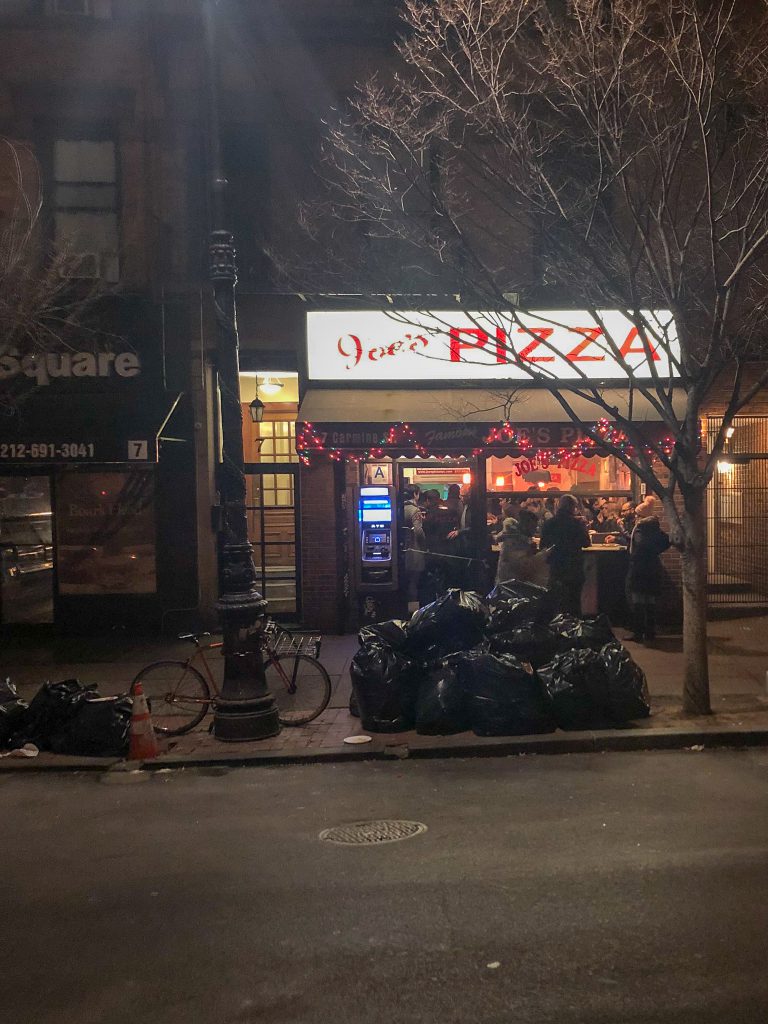 Sunday began with a solo walk to Murray’s because no one else wanted a giant bagel right before brunch. 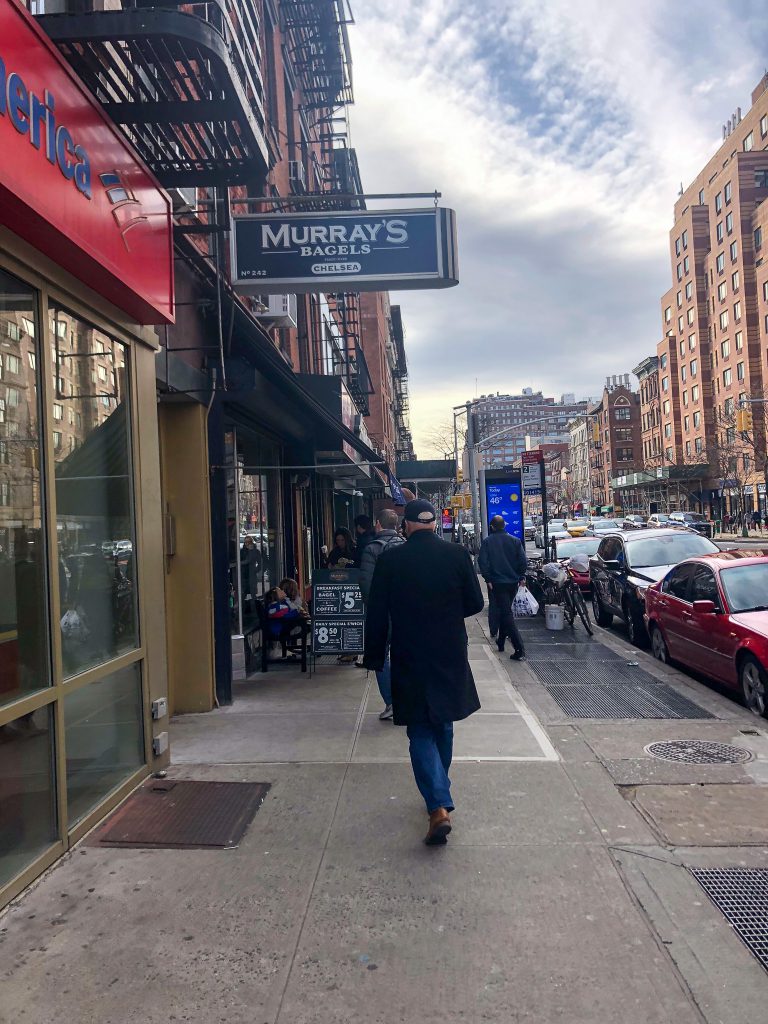 …And it ended in an altogether pleasant transportation experience when I arrived in the dingy basement of the Port Authority to learn that Greyhound had no bus or driver for our trip to Boston and no estimate of when either of those things might become available. I waited thirty minutes. I left to buy a train ticket when a pigeon came down from the rafters to spread disease. On the way out I listened to a man playing a gorgeous rendition of Jeff Buckley’s “Hallelujah” on a public piano that echoed off the high ceilings and reminded me why I love New York even though it’s an actual nightmare. I paid $15 for an extraordinarily spicy meal at a fast-casual restaurant and was told by an employee that the Wifi didn’t work when he clearly just didn’t feel like asking someone for the password. Train tickets had gone up $30 by the time I reached the Amtrak counter but I bought one anyway. My bus left shortly thereafter and ultimately arrived before my train. The end!