Good morning and thanks for clicking over to the blog, Mom! Today I thought it would be fun to share some photos from my road trip to LA. My classmates and I spent the final semester of our master’s program doing internships here and are now lining up full-time jobs.

One of my professors kindly arranged for me to drive her car from Boston (no, she did not ask about my driving record first), and I mapped out a route that took me south to Oklahoma and then west on Route 66 to LA.

Day 1 – Boston to Columbus
I spent three and a half years after undergrad at the corporate headquarters of Abercrombie & Fitch in central Ohio, so I stayed in Columbus my first night for nostalgia’s sake. 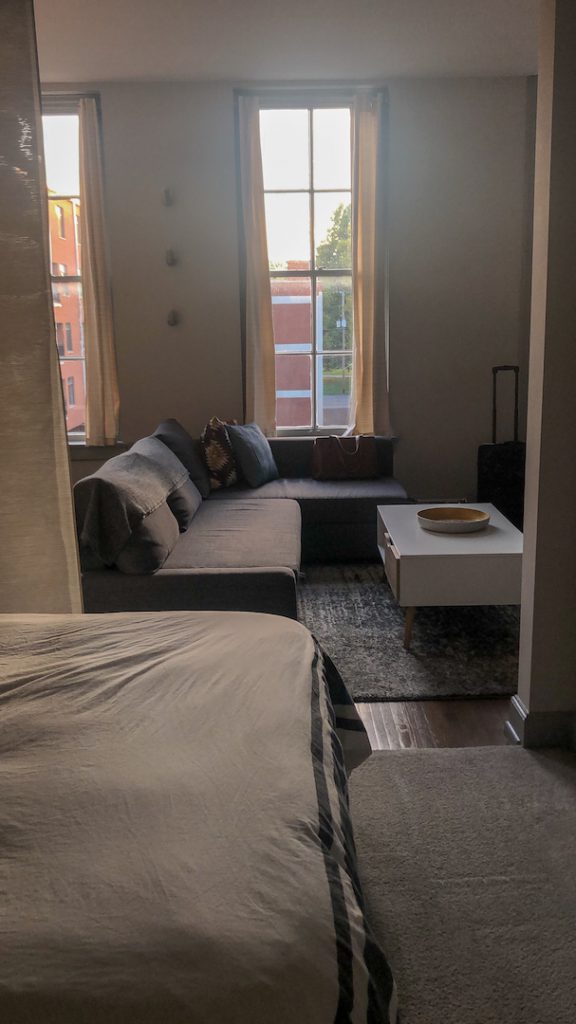 My Airbnb was a dream once I realized I had to press pound after the keypad code, and I wished I could have stayed longer.

For dinner I walked to North Star, which was always my favorite restaurant for a healthy but filling meal (or a cheeseburger) and a ginger mojito. This is very basic, but my other recommendation if you’re ever in the city is Harvest Pizza. It’s really cozy in the winter.

The next morning I went for a run on the Alum Creek Trail and stopped at One Line Coffee for a lavender honey latte before setting out again. 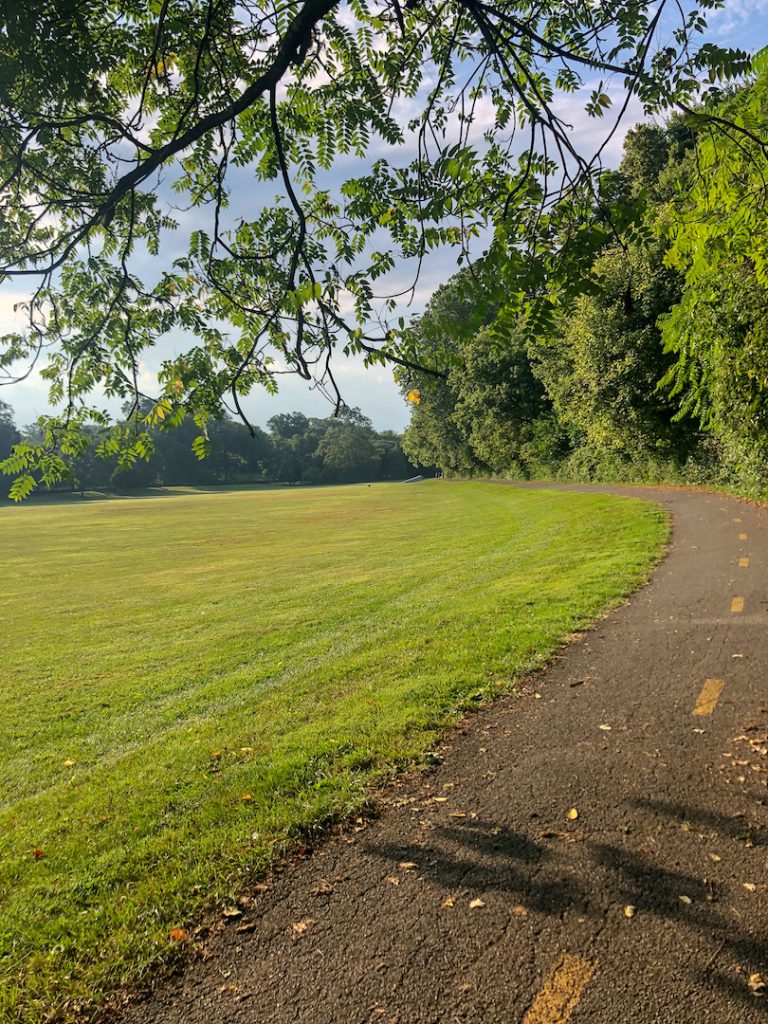 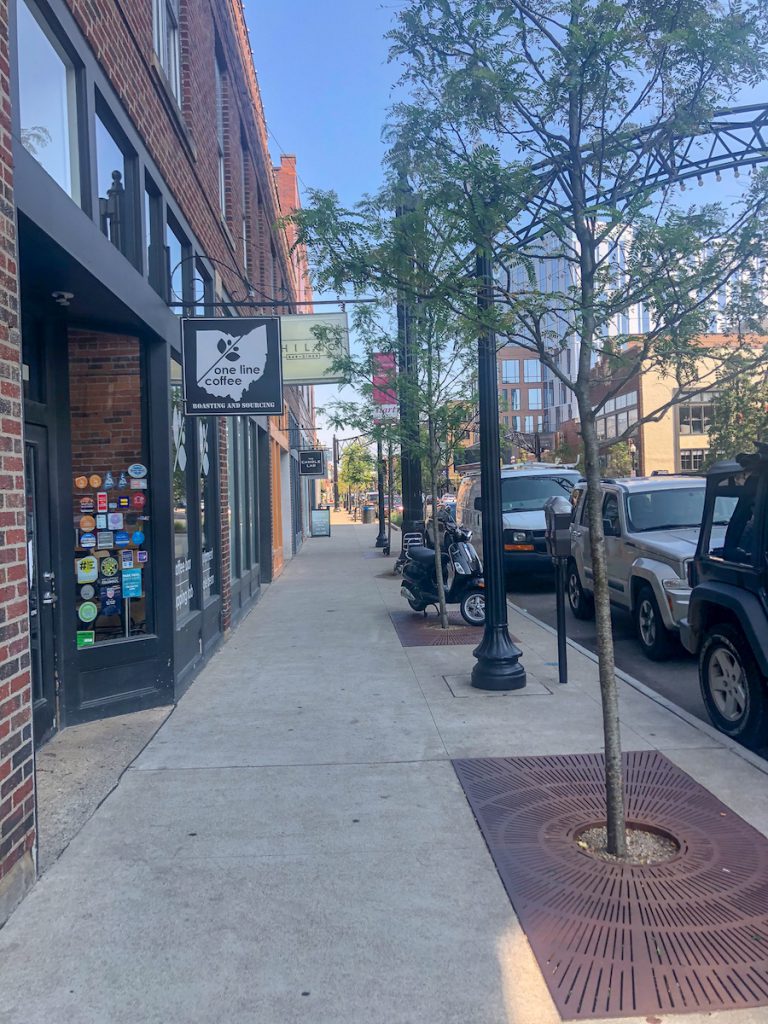 Day 2 – Columbus to Ozark, MO
Coffee in hand, I set out for the Ozarks. I’d just finished Season 1 of the Netflix show and planned to see the lakes and maybe some filming locations.

What I did instead was drive straight into a band of severe thunderstorms and then stay at a haunted house alone. Picture one of those ominous green-yellow skies that signal the imminent arrival of a nice afternoon tornado. Then picture the sky turn BLACK as the wind begins to whip the leaves in circles and the deluge of rain slows the few cars stupid enough to be on the highway to 30 miles per hour. It was a nice welcome back to the Midwest.

This dark and stormy night was perfect to stay at a bed and breakfast that had been converted from a Catholic girls school and had a cemetery in the front yard. No, not kidding. I had one of the three buildings to myself. And when I entered the code to the main entrance, which was ‘1-2-3-4’ so that any murderer or vicious ghost could waltz right in, all that greeted me was a scattering of rusty old desks illuminated by a harsh, shadeless bulb. I didn’t take any photos, but there are some videos on my Instagram story highlights if you’d really like to see.

Naturally, I did not have cell service for miles or access to any sort of downer. I slept for a few hours with the bathroom light on and left very early the following day. The sun was finally shining brightly.

Day 3 – Ozark, MO to Skiatook, OK
After a couple of longer driving days, Day 3 only involved about four hours in the car (I scrapped my Ozark exploration plans given the soaked ground/poor cell signal/general desire to be anywhere else on Earth).

I was a little apprehensive about the Airbnb I’d booked in Skiatook (about 30 minutes north of Tulsa) since I’d chosen it sort of randomly online like the previous place, but it was SO nice. And inexpensive! It was actually part of the CrossTimbers Marina Resort – they just list on Airbnb to let more people know about the property. 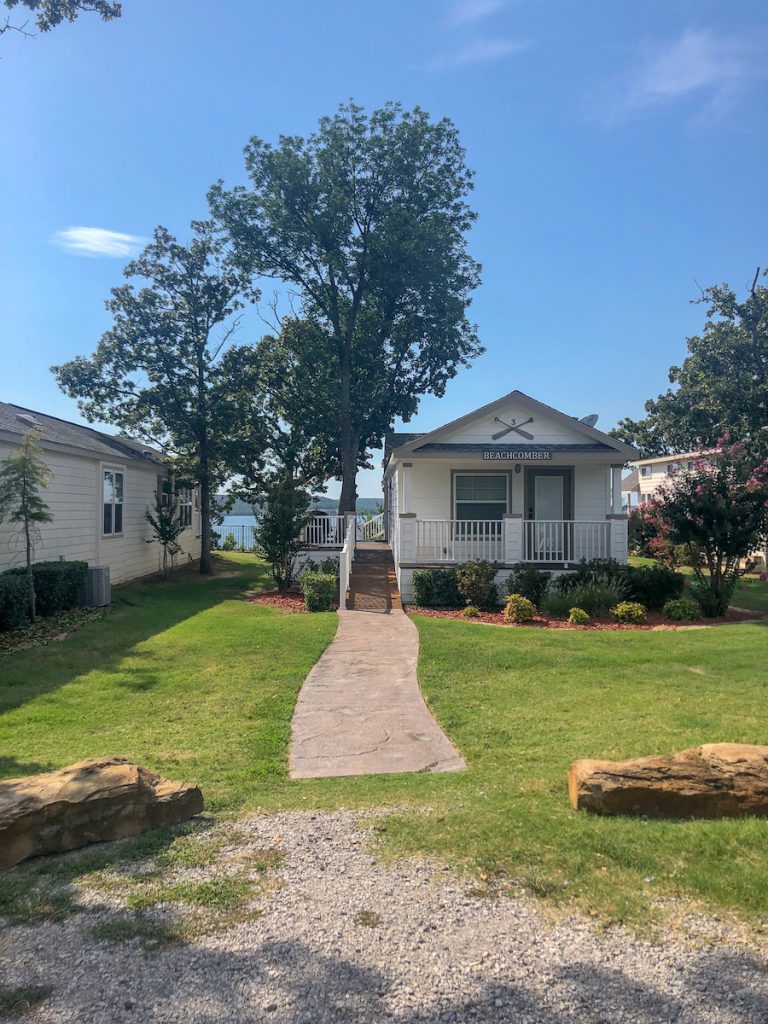 I had my own little cottage but there were 8 or 9 more right nearby, and not a cemetery in sight. The ‘backyards’ looked out onto Skiatook Lake. 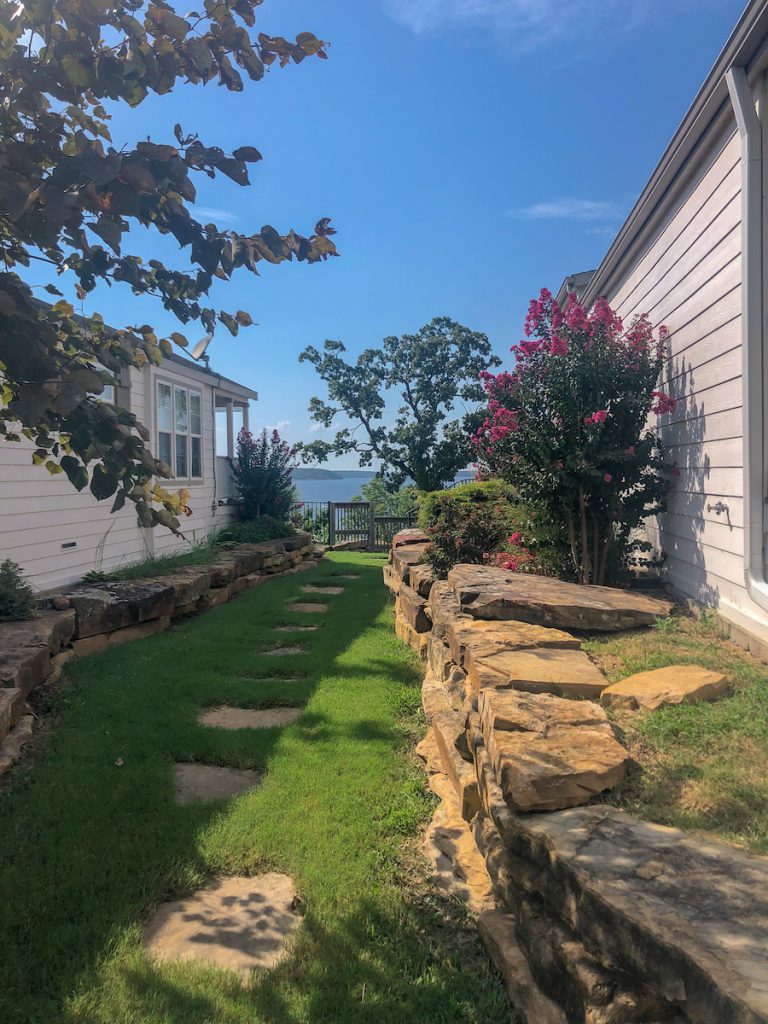 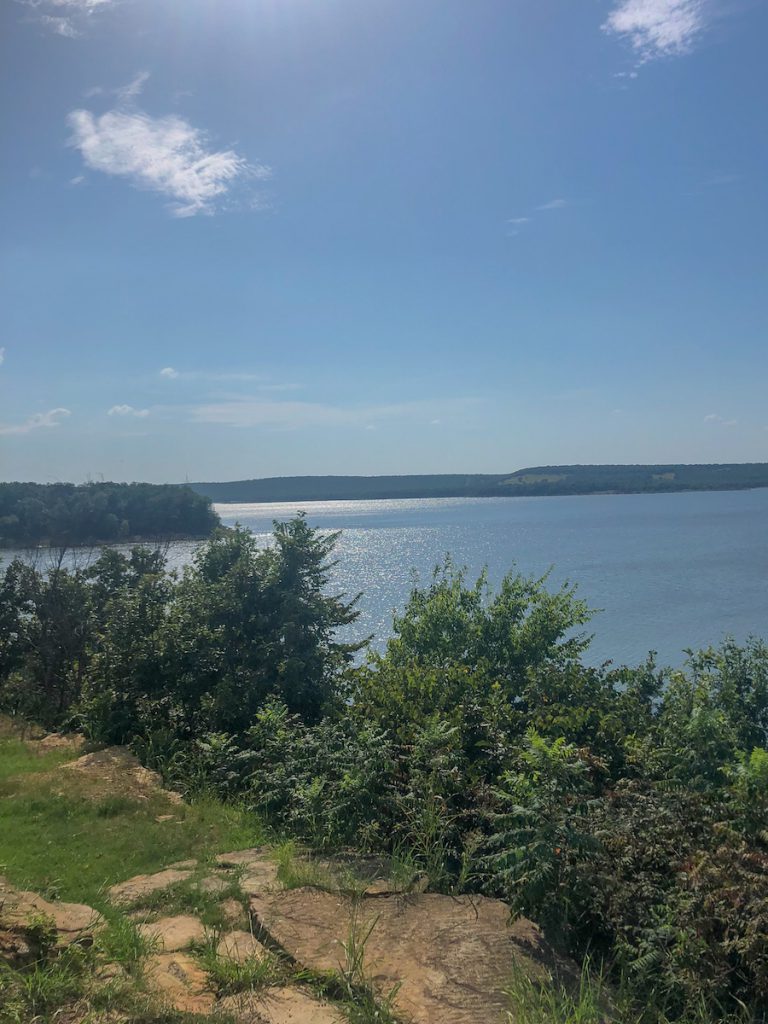 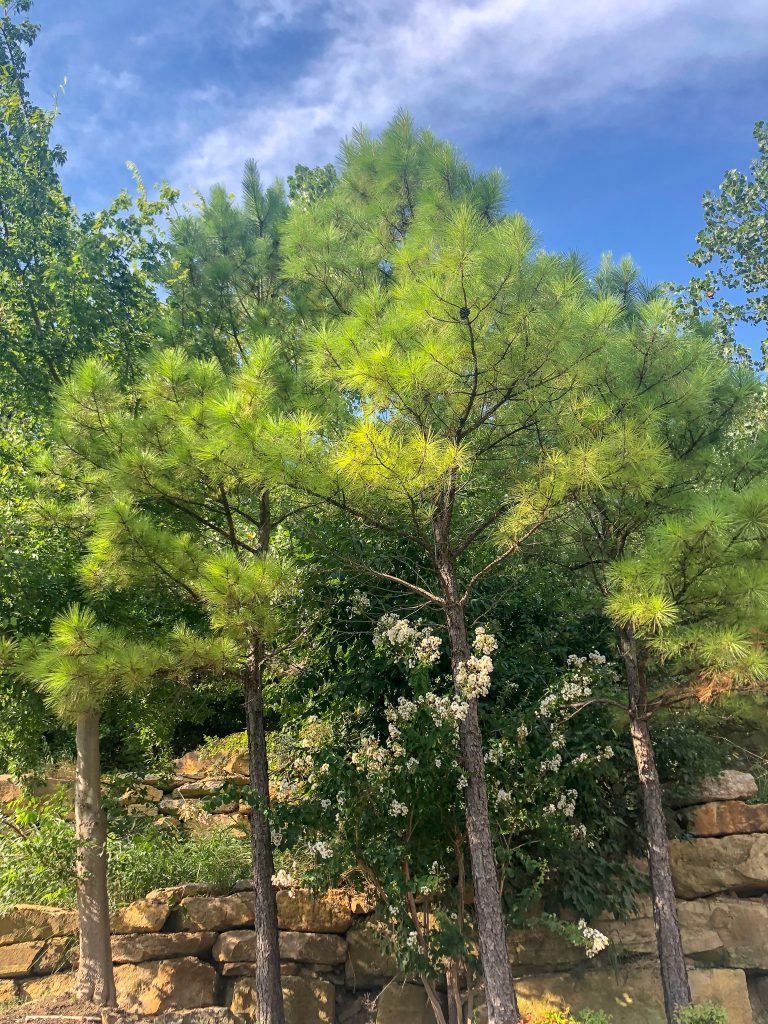 It rained the next day but in a peaceful way and not a way that felt like my death was imminent. Oklahoma was actually beautiful to drive through – green and rolling (for some reason I expected cornfields?). 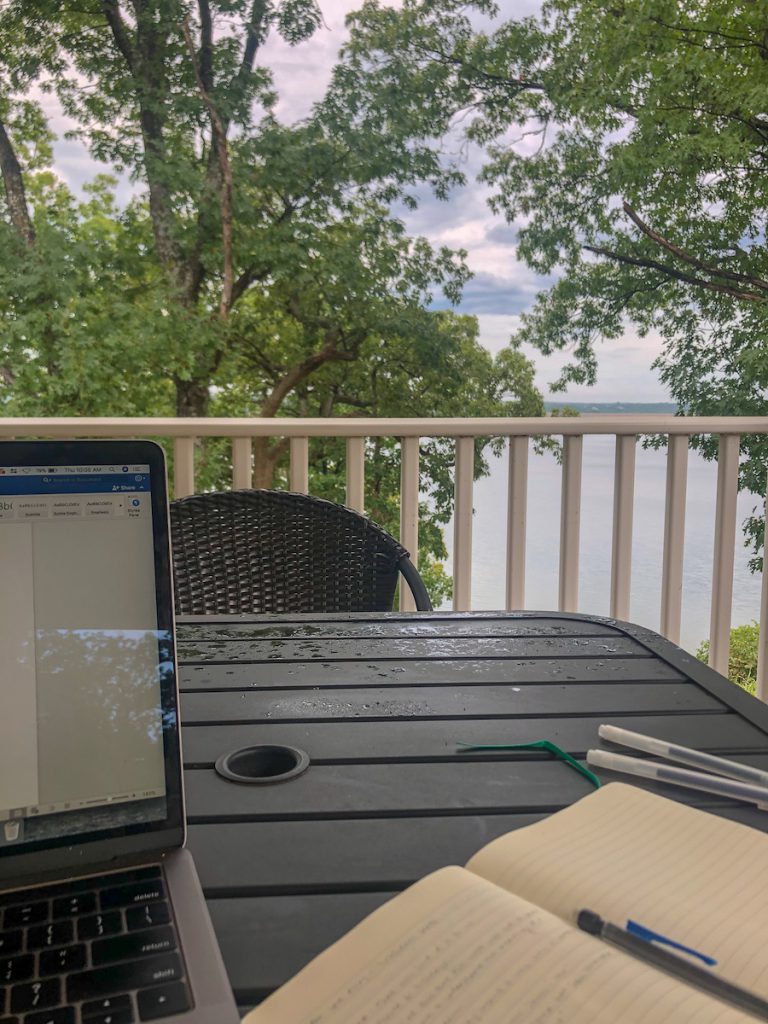 Day 4 – Skiatook, OK to Tucumcari, NM
From Skiatook I got on Route 66 and drove to Tucumcari, New Mexico. I had planned to make more stops along the way, at historic restaurants and places like that, but found I just wanted to get the driving over with and spend more time in each town I stayed. I’d add one more day to the trip if I were to do it again.

The Blue Swallow Motel in Tucumcari might have been my favorite stay. It was built for cross-country travelers around 1940 and has been nicely restored/kept up since. The current owners are actually from the Detroit area as well and bought the place while looking for a new adventure after their kids left home. 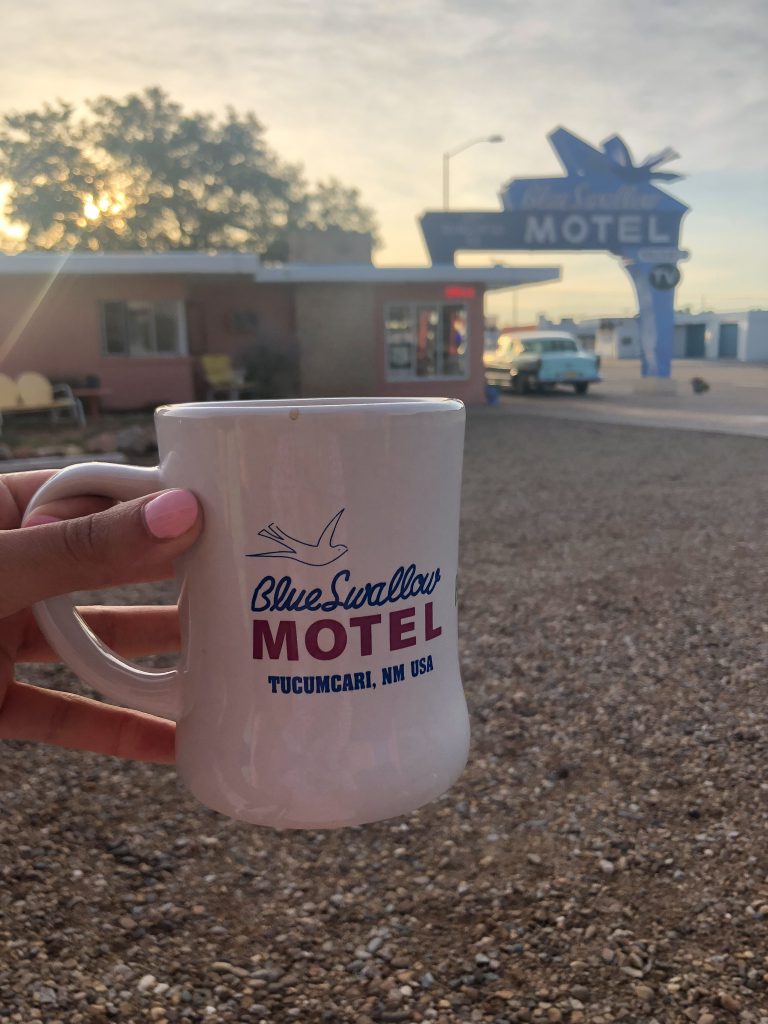 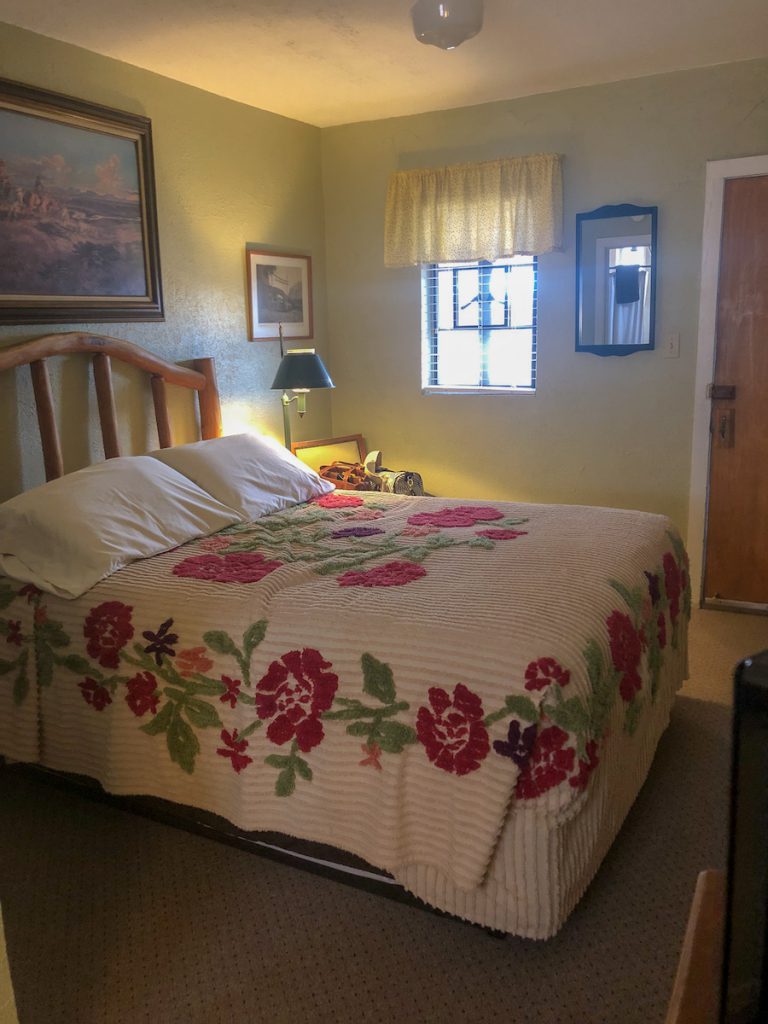 This was a really fun day! I continued along Route 66 to Santa Rosa, home of the Blue Hole. It’s this cobalt blue lake right in the middle of the desert that stays at a constant 62 degrees for some reason having to do with science. You couldn’t make a day of it, but I enjoyed the stop. It’s ten minutes off Route 66, free to visit, and there are bathrooms/locker rooms if you want to swim. 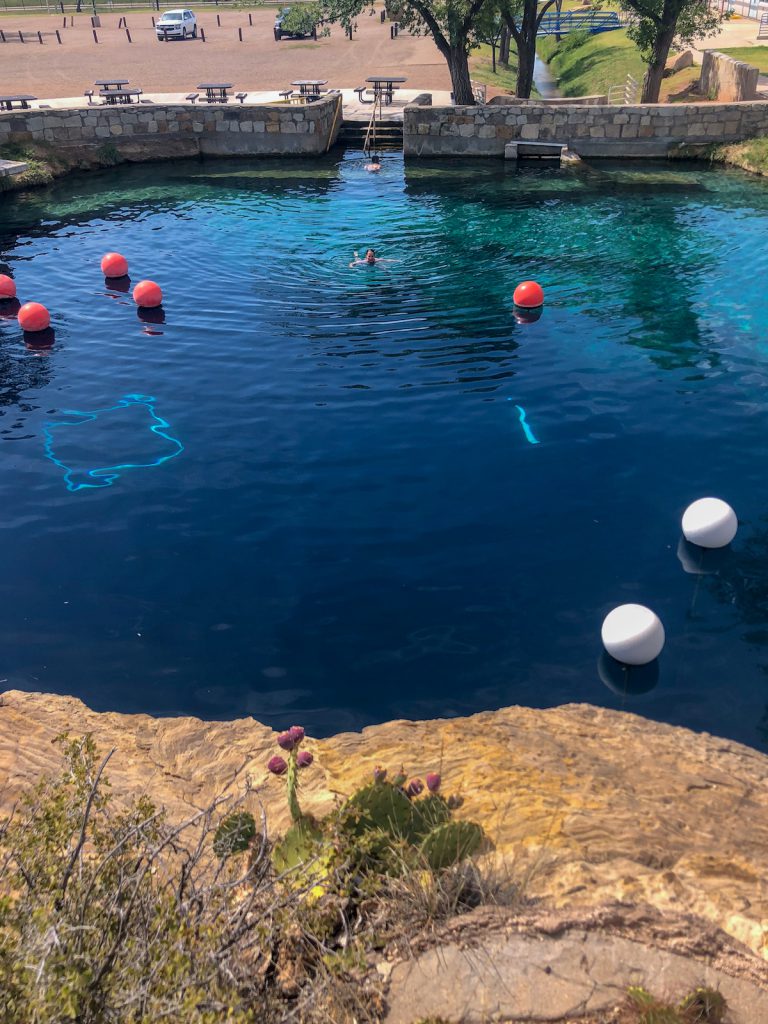 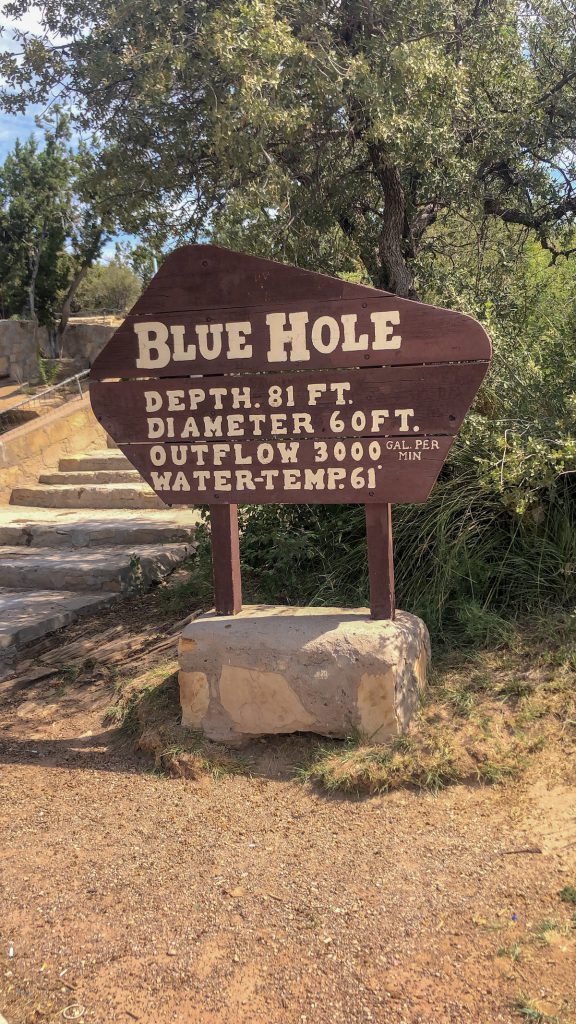 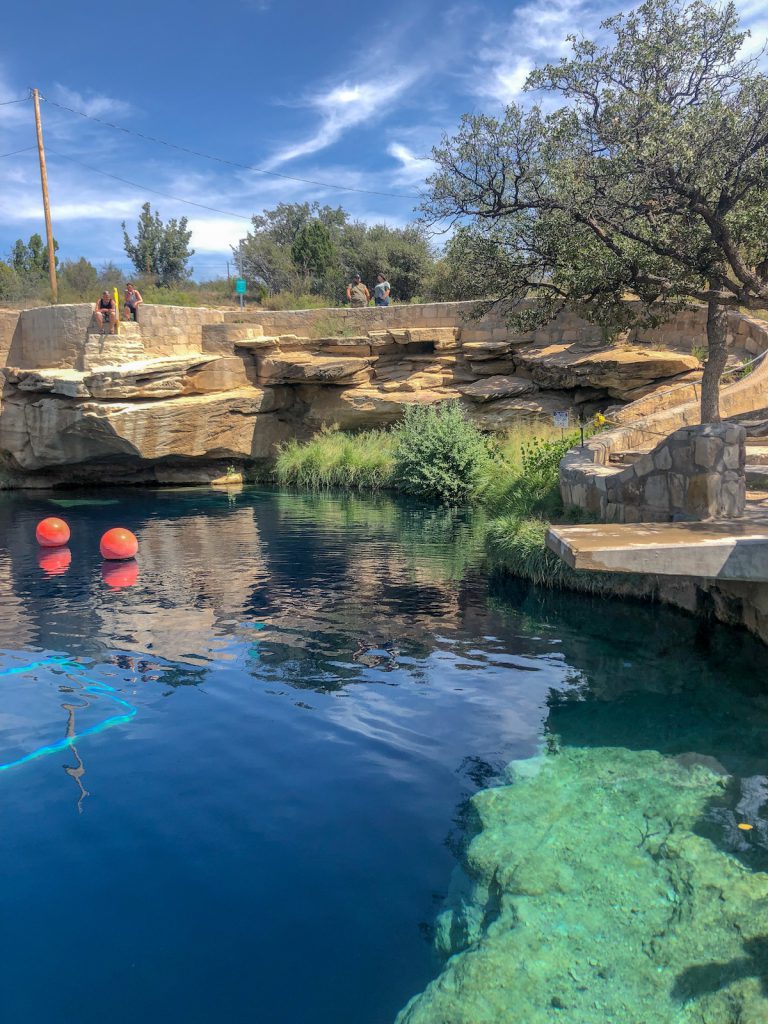 Before heading to my hotel in Albuquerque, I detoured north to Santa Fe for lunch at the Blue Corn Cafe and ended up hanging out for the rest of the afternoon because I was bombed after a single margarita at altitude. Canyon Road came recommended for its art galleries – I’m not really into galleries still found it nice to walk around there. 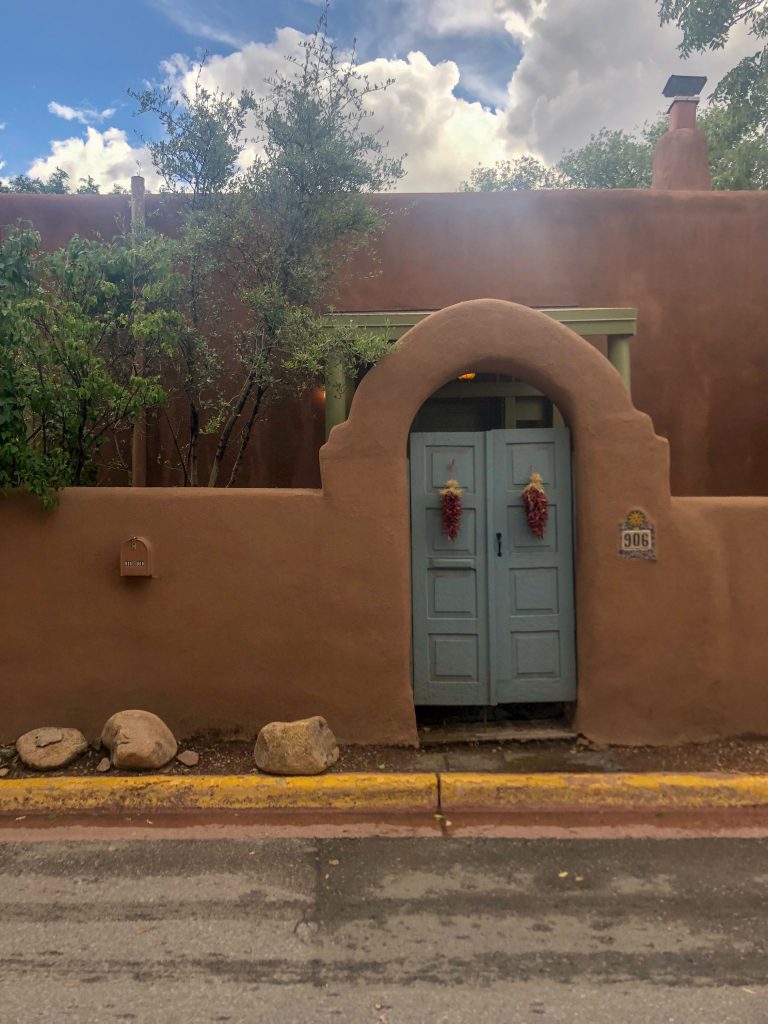 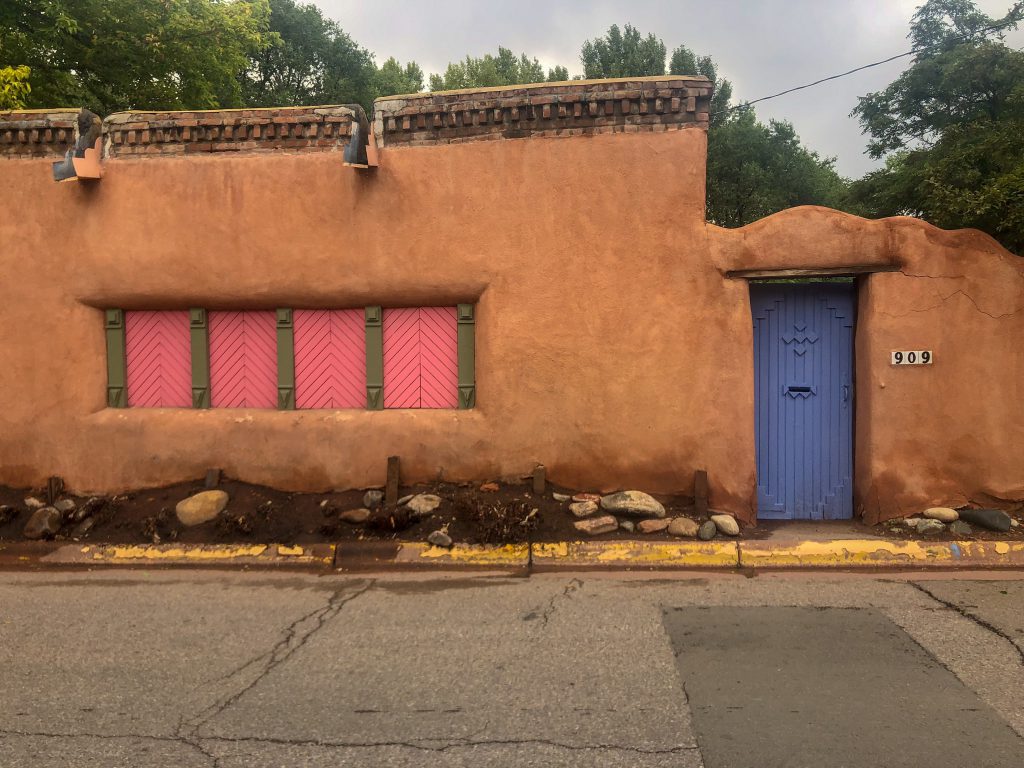 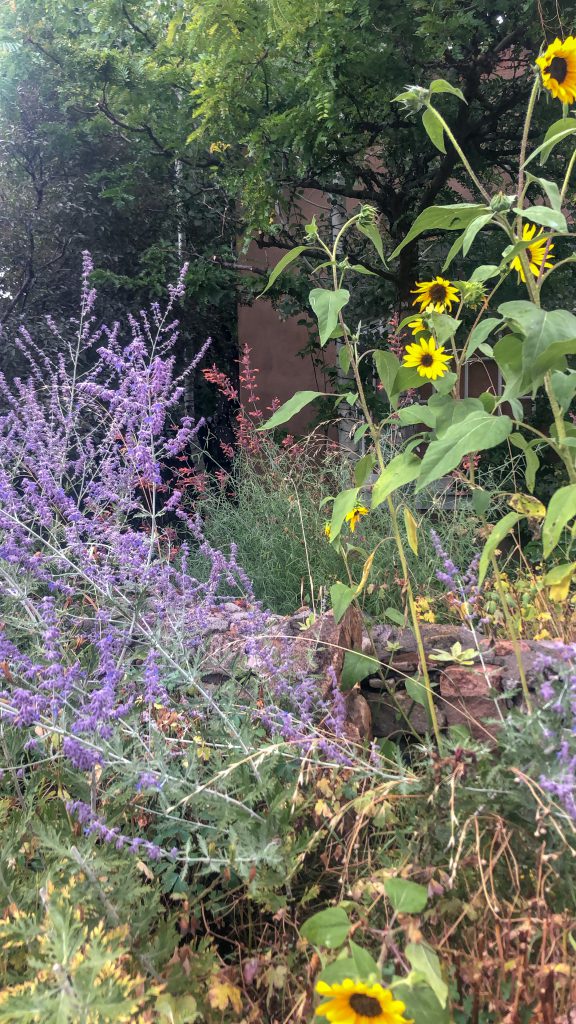 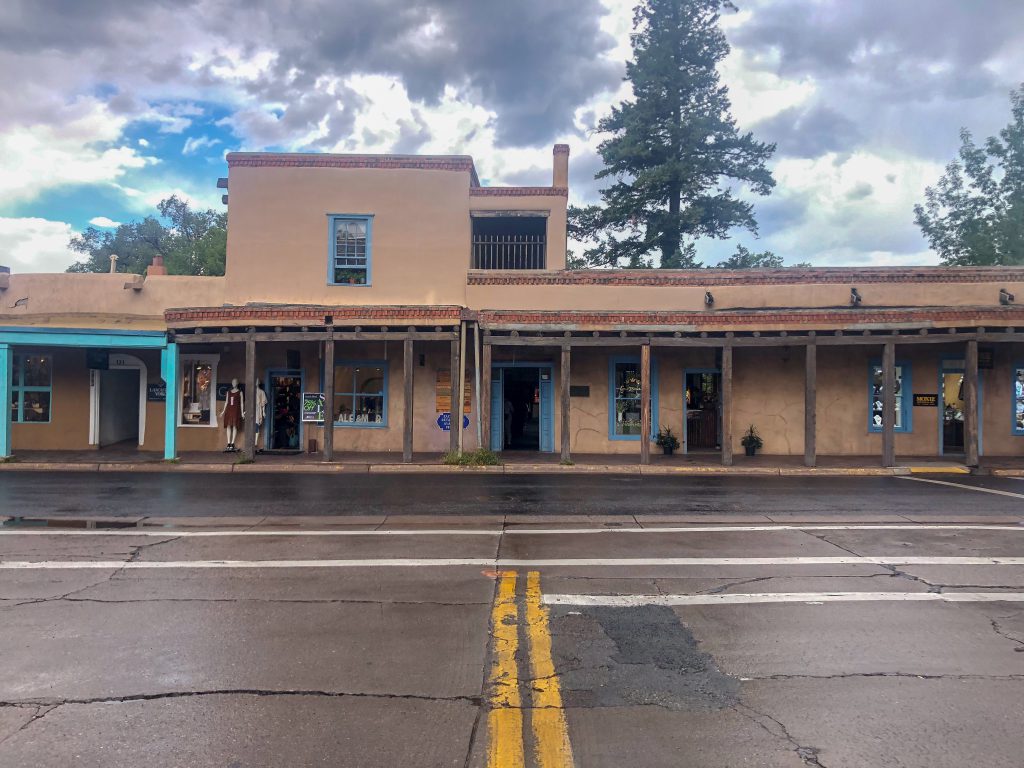 The main thing I learned in Albuquerque is that the Holiday Inn Express is a great affordable hotel chain. I recently stayed at another one and the rooms are super clean and comfortable.

I saw some Breaking Bad filming locations in the morning, followed by lunch in Old Town Albuquerque. Here is a list of addresses for the significant locations in the show. They’re a little spread out and most of the homeowners have a lot of security, but it’s worth hitting a couple if you’re nearby and liked the show.

I loved the views of the pinkish mountains against the greenery as I drove through New Mexico. It was especially gorgeous at sunset, although I didn’t get any photos. Here’s one of the Continental Divide I took from a gas station (!). 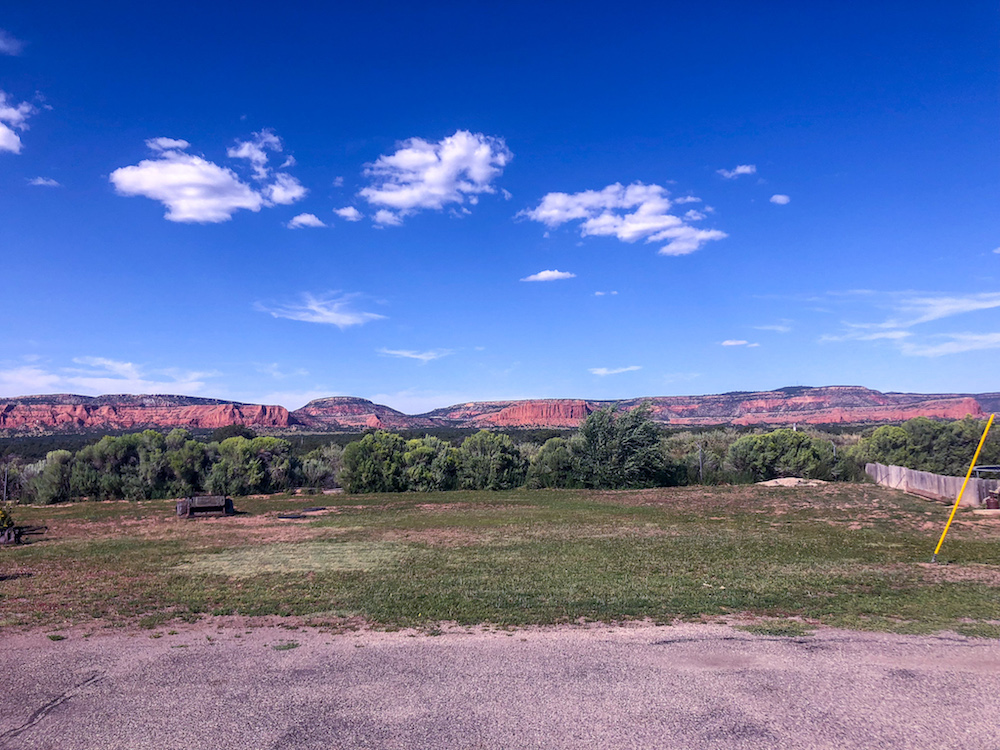 After that it was on to Arizona…

All the rentals in Flagstaff were weirdly expensive, so I rented a room on Airbnb instead of an entire apartment or a hotel room. Happily, however, I woke up to find only this friendly cat with a small piece missing from his ear. 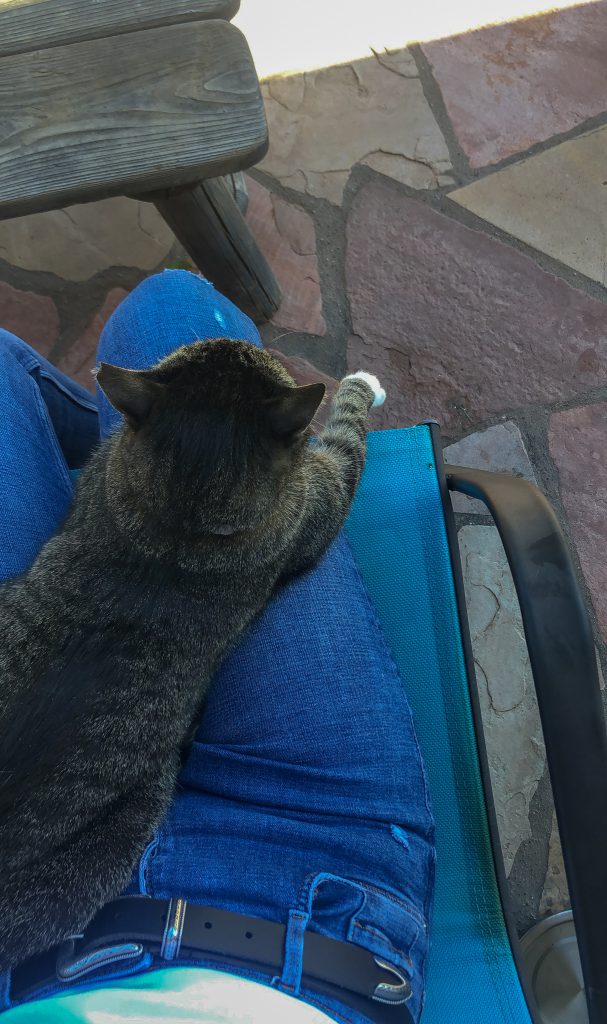 I spent most of my morning reading in the backyard (it smelled like pine!) but downtown Flagstaff seemed like a great ski town. 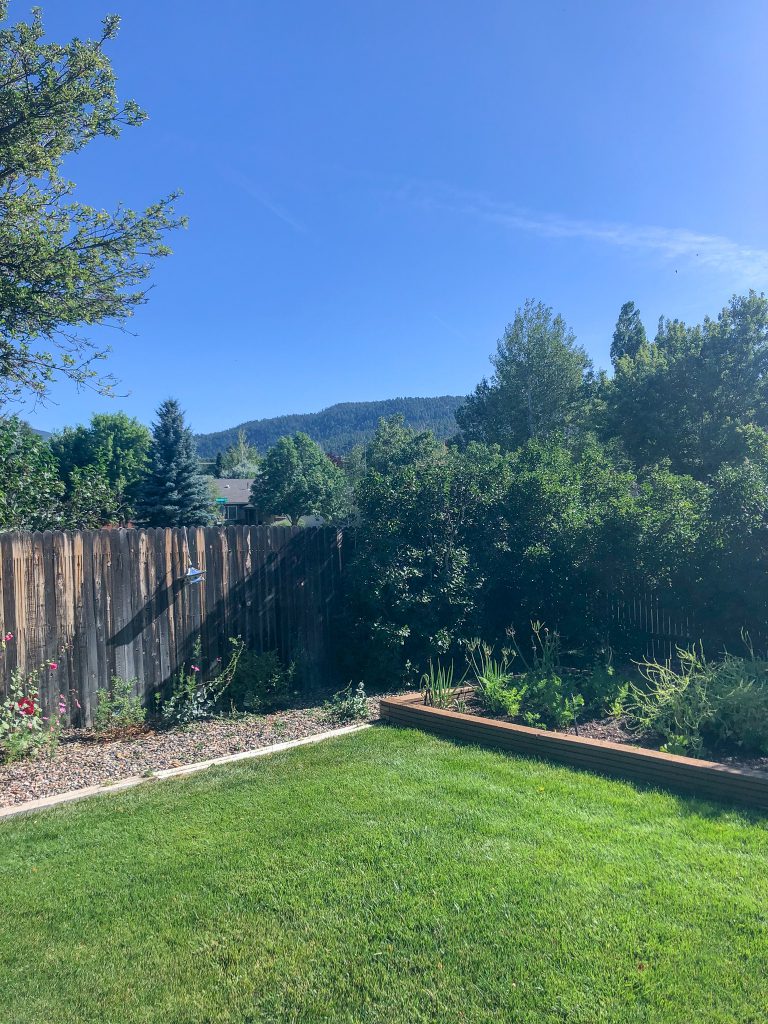 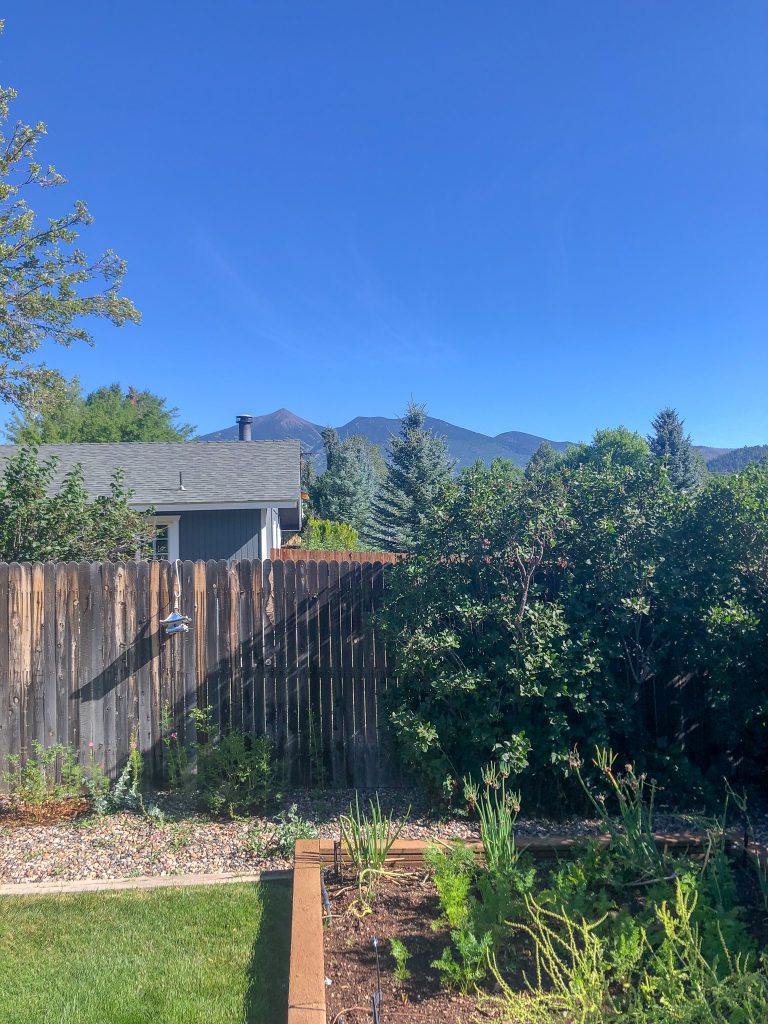 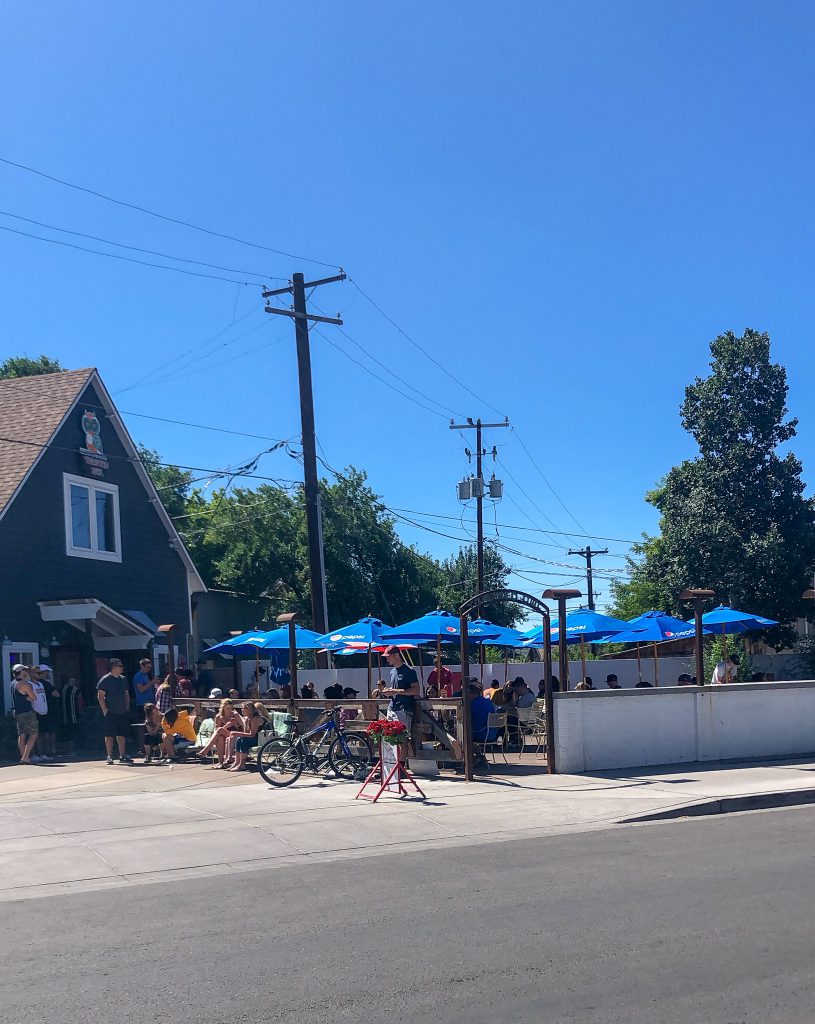 I had an excellent bagel at Biff’s but started out for Palm Springs right after that. As a treat for commuting by bus to work at a restaurant amongst sweaty Red Sox fans all summer, I booked a room at the Ritz Carlton for my final night and didn’t want to waste any precious time.

Driving through the California desert was kind of a trip. It was 107 degrees and the landscape felt almost otherworldly at times, especially when there weren’t other cars around. Buy the $4.50 gas right when you cross the state line because there won’t be any more for a while… 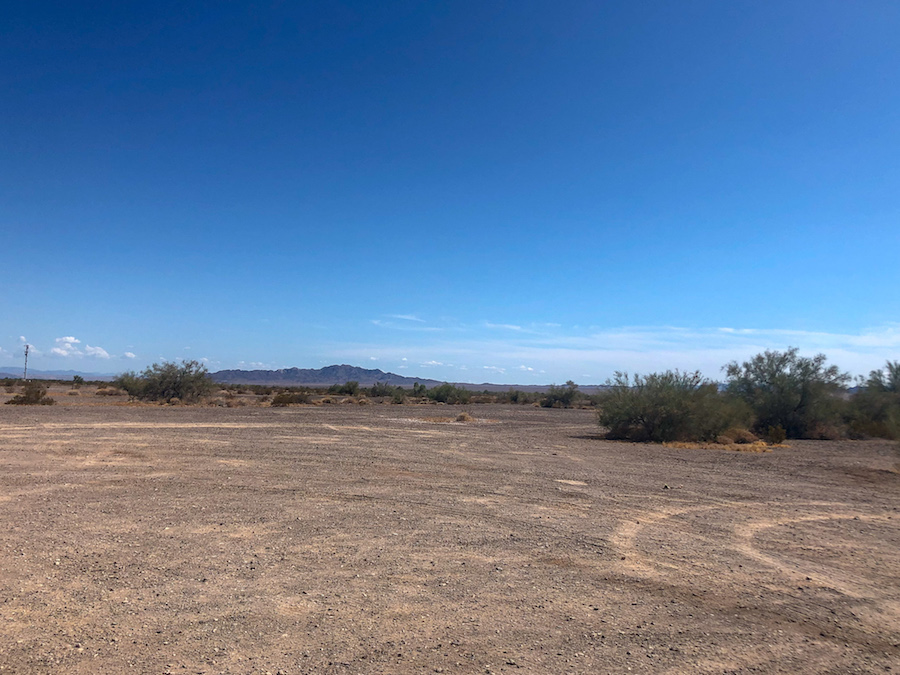 I checked into the hotel and had a drink at the pool overlooking the Coachella Valley. 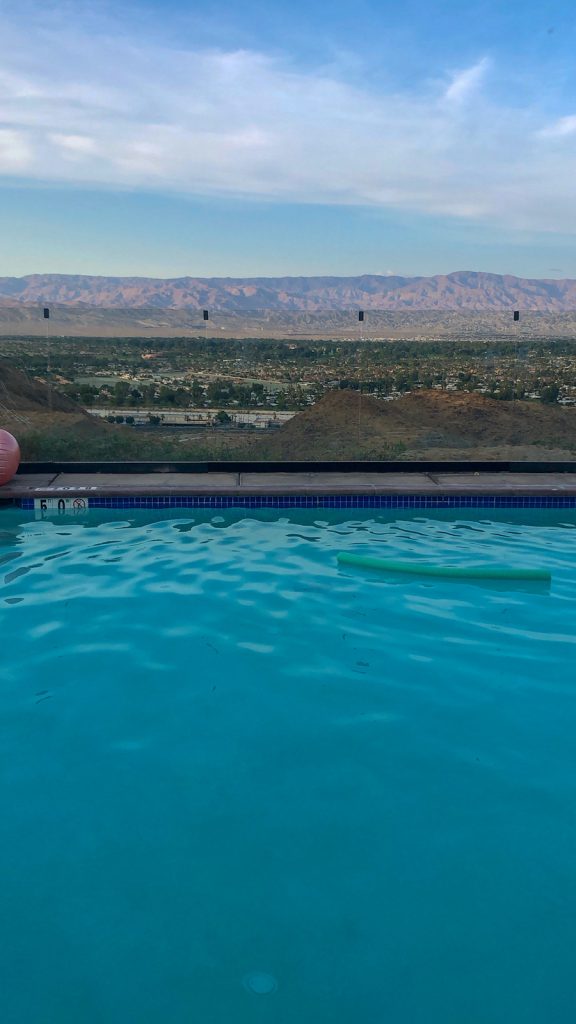 Then I had ROOM SERVICE for dinner and watched 90 Day Fiance, one of the best reality programs on television. Possibly on all of television. 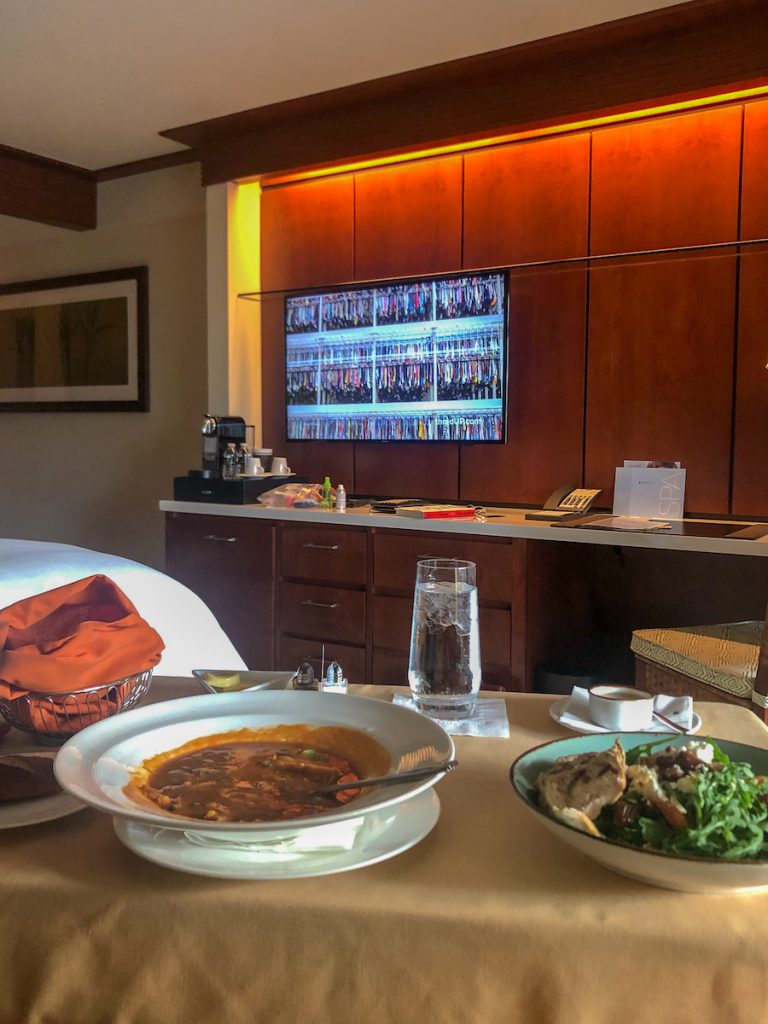 And then went back to the pool for a little while. 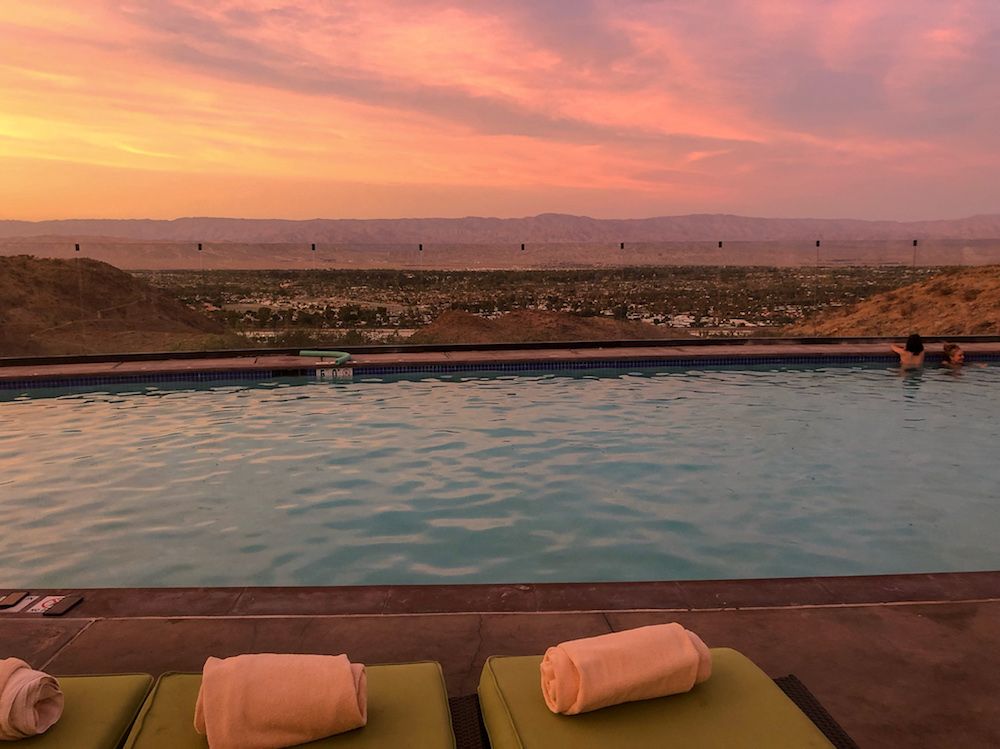 The next morning, I worked out and then relaxed until morning rush hour ended. 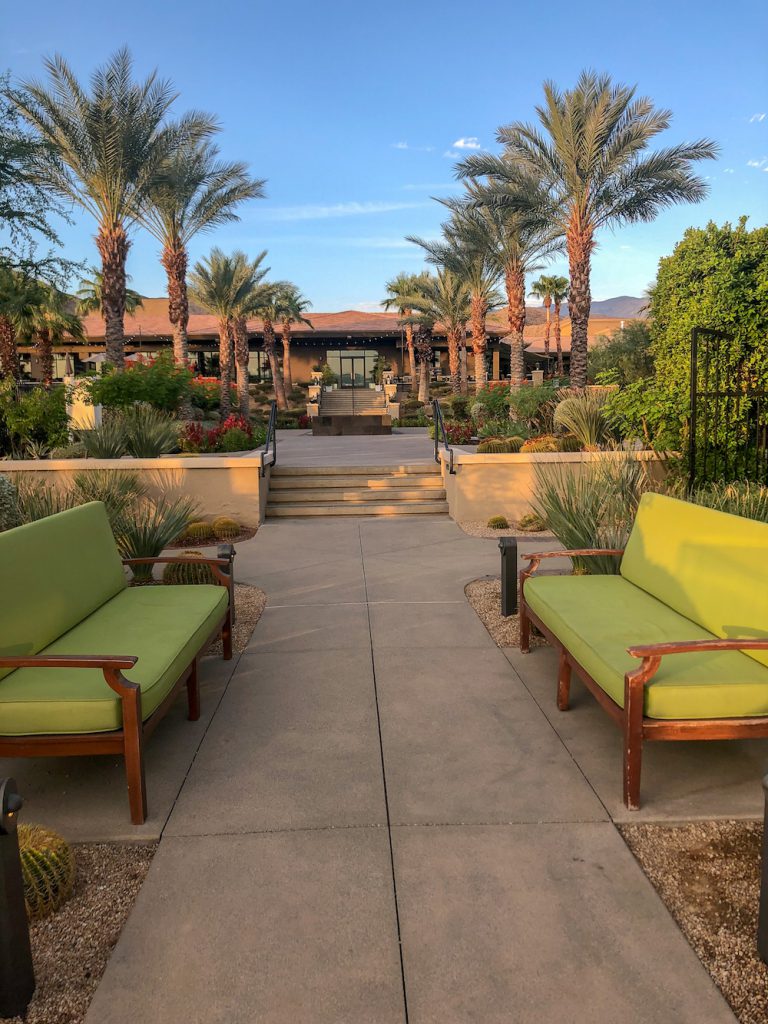 And then I delivered my professor’s car to her daughter in LA in one piece! Growing up I complained incessantly that our family trips involved a lot of driving, but this was one of my favorite vacations ever. Thanks for following along. 🙂