Catching up on crime shows

This post contains spoilers for The Act, The Case Against Adnan Syed, and Abducted in Plain Sight.

After finishing both seasons of Fleabag and eventually recovering my ability to function, I couldn’t start another fictional series. It seemed weird and pointless after what I’d just witnessed, so I decided to catch up on something lighter: true crime shows (I realize I’m lucky to be able to watch these without having any sort of personal experience). Here’s what I thought – and if you have a theory on the murder of Hae Min Lee, I’d love to hear it…! 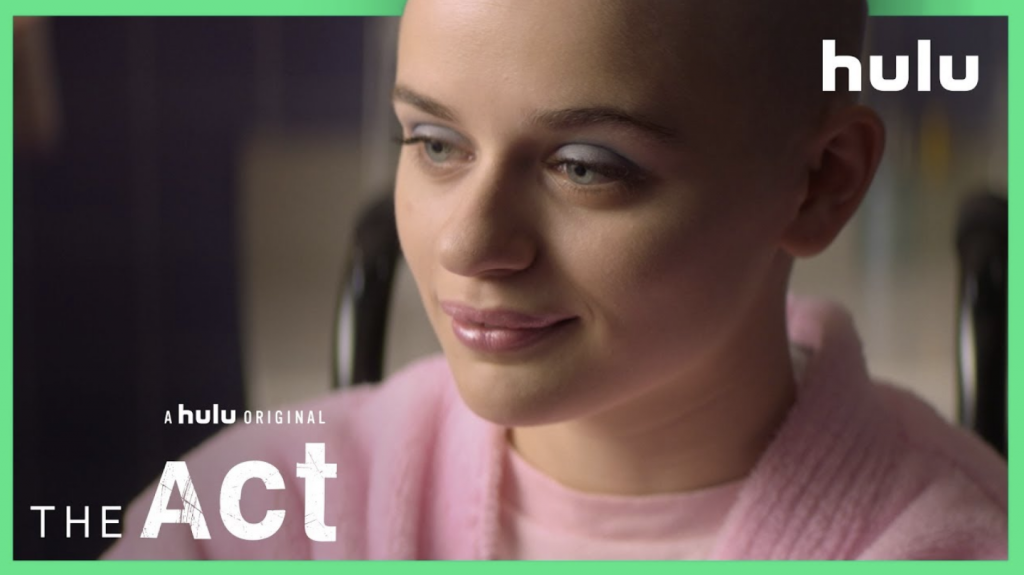 This eight-episode Hulu limited series tells the story of Gypsy Rose Blanchard (Joey King) and her mother Dee Dee (Patricia Arquette), who suffers from Munchausen syndrome by proxy and makes her daughter’s life miserable. So miserable that Gypsy and her boyfriend stab Dee Dee to death with a fancy fishing knife one night. The actual Gypsy Rose is currently serving a ten-year sentence for second-degree murder near Springfield, Missouri.

The Act was – weirdly, like so many true-crime shows now – a lot of fun to watch. I loved the first five episodes, over the course of which Gypsy discovers Dee Dee’s lies and begins to rebel. Gypsy sneakily buys herself a computer and subsequently meets a man named Nicholas Godejohn (Calum Worthy) on a Christian dating site. Godejohn has a second, evil personality named Victor, upon whom the couple call to murder Dee Dee. He mostly exists as Nick, though, drawing semi-frequent laughs with his naive deadpan comments.

The sixth episode flashes back to show us Dee Dee interacting with her own harsh, overbearing mother as a child. It lacks a clear narrative – in the real world a confluence of internal and external factors probably led to Dee Dee’s syndrome, but in TV the story felt muddled. I thought the series lost a little steam from there. The final episode reveals how Nick and Gypsy actually carry out the murder, but I wasn’t watching the show to understand those details.

King, Arquette, Worthy, Chloe Sevingy (who plays Dee Dee and Gypsy’s next-door neighbor) and the rest of the cast blew me away. The huge amount of research each actor did before filming definitely shows, and there’s great chemistry in every scene. The color palette for the homes and the costumes, with its sickening wall-to-wall pinks and bright colors, helped bring me into the wild and unbelievable world as well.

The Case Against Adnan Syed 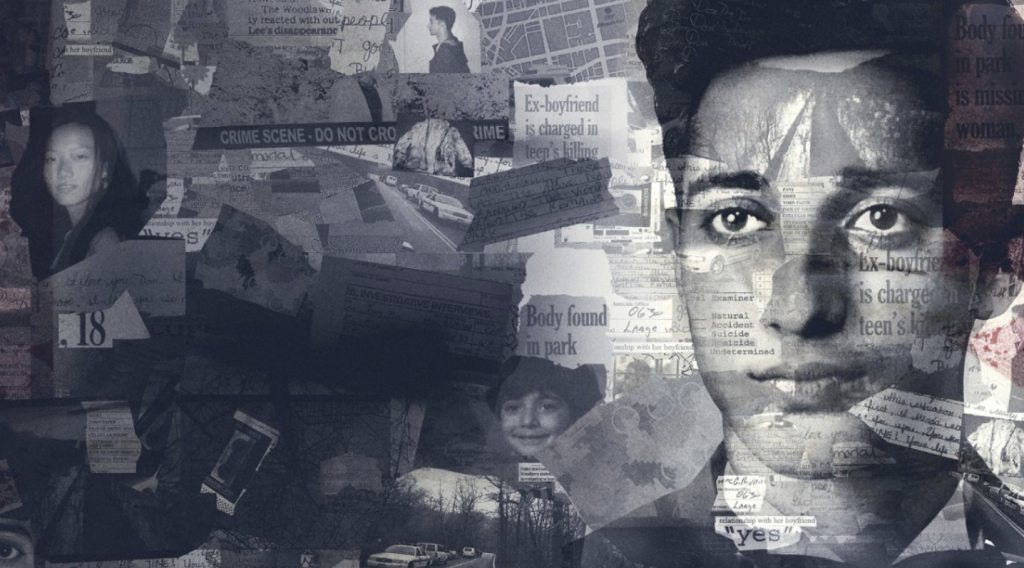 This four-part HBO docuseries focuses mostly on recent developments in the case of Adnan Syed, who was sentenced to life in prison almost 20 years ago for the murder of his ex-girlfriend Hae Min Lee. A podcast by Sarah Koenig of This American Life called Serial brought renewed attention to the case in 2014 (and basically put podcasts on the map at the same time). I’d recommend listening to that first, for both context and a more impartial presentation of each side’s argument. The Case Against Adnan Syed actually offers little incriminating evidence against its subject.

Overall, the series does a great job of taking us through the complex appeals process in an understandable way but moves a little slowly until the last episode. Private investigators hired by the show’s producers end up playing a small role because they don’t uncover much new information. Also, I understood the choice to review the cell tower evidence in detail because the state’s case depended on it, but the discussion of the technology was dry.

The show paints a fuller picture of Hae Lee’s personality than did Serial, which was kind of the show’s producers. Even though they bring Hae to life via VOICEOVER NARRATION OF HER HIGH SCHOOL DIARY ENTRIES. I would die a second time.

As far as what might have happened to Lee (apparently we’re done with this review), I get hung up on the lack of motive. Hae dumped Adnan, but Adnan hasn’t shown a tendency toward violence his entire time in prison. Sarah Koenig reported on Serial that he’d been disciplined only once over the last 15 years, and that was for having a cell phone. While Syed’s lack of bitterness about being in prison for a crime he says he didn’t commit confuses me, I’d expect worse behavior from a murderer in a stressful environment.

Jay, on the other hand, has racked up almost twenty arrests for disorderly conduct, domestic violence, and other crimes since acting as the prosecution’s star witness in the Syed case. But Jay barely knew Hae, and he seems to me like a generic lowlife and not a truly sadistic person compelled to murder strangers regardless of the risks.

Which brings us to…the possibility of a sadistic person compelled to murder strangers. If I had to guess, after watching The Case, I’d say Alonzo Sellers (referred to as “Mr. S” in Serial) is guilty. He ‘discovered’ Hae’s body after crossing to the opposite side of the road and walking 100 feet into the woods while taking a bathroom break on his way to work. He’s been charged with several instances of indecent exposure in the past. And the investigators hired by HBO suggested that bruises found on Hae’s shoulder were caused by a tool used for making concrete – and Sellers worked in concrete for many years. So, maybe. I could see it happening on Criminal Minds.

Maryland’s highest court denied Syed a new trial this past March. His legal team is currently looking into “other avenues of relief,” according to Syed’s attorney, Justin Brown. 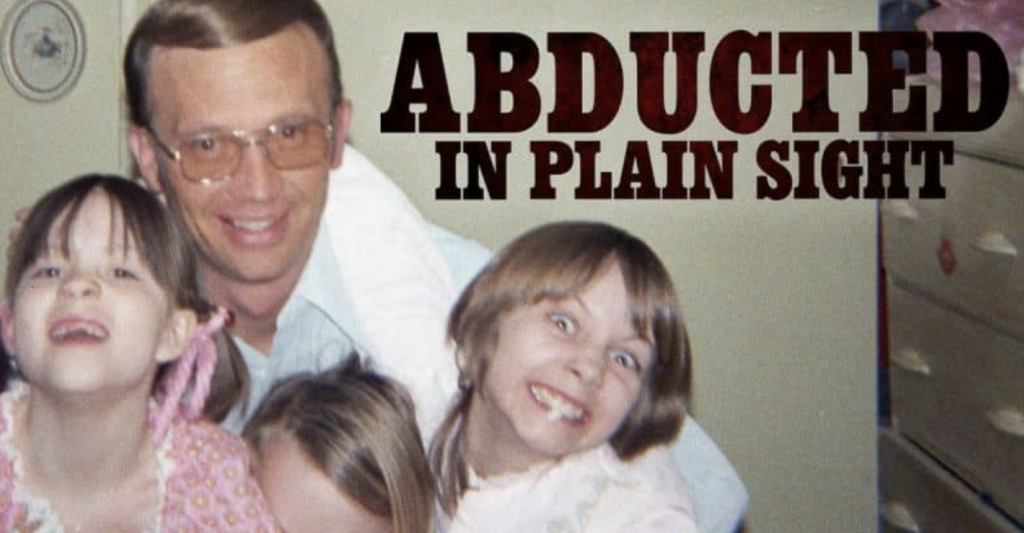 This is the weirdest story I have ever heard. Talk about hustled, scammed, bamboozled, hoodwinked, led astray.

Abducted in Plain Sight won over a dozen awards at various film festivals when it came out in 2017, which surprised me a little. Watching the documentary on Netflix felt like watching an episode of Forensic Files – clear and interesting, but lacking that something extra – the beautiful cinematography of Free Solo or the shattering monologues of Fleabag. Although I did have to scrape my jaw off the floor the same number of times.

I know some pedophiles use their charisma to manipulate others and groom their victims, but what I still can’t comprehend after watching the film is how two adults could act with such naivety. After perpetrator Bob Berchtold’s church disciplines him for approaching several young girls, he tells the parents of his victim that he needs to spend time alone with their twelve-year-old daughter, Jan Broberg, as part of his therapy. And they let him sleep in her room four nights a week for the next six months! Then one day Bob doesn’t bring Jan home from horseback riding (he in fact takes her to Mexico, where he can legally marry her), and the Brobergs wait several days to contact the police because they don’t believe Jan is in danger. Then Berchtold’s wife convinces the Brobergs to sign an affidavit that ruins the government’s case against Bob. And so on and so forth.

While I wouldn’t say I learned anything from Abducted in Plain Sight, I was definitely entertained. This documentary would be great for killing an hour when you don’t want to fully invest in a complex show.